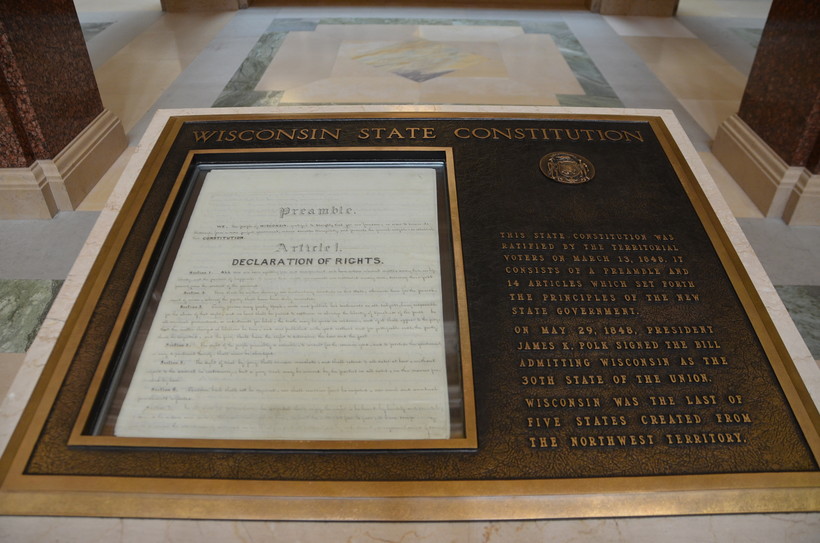 Lawyers who seek to challenge the state's new mining law in court will likely use the Wisconsin's Public Trust Doctrine, a constitutional protection as old as the state itself.

The Public Trust Doctrine states that the navigable waters of the state shall be common highways and forever free. Over the years, courts have ruled that the doctrine includes any water that can float a recreational boat, and even groundwater. Melissa Scanlan teaches water law and policy at the University of Wisconsin-Madison Law School, and says the new mining law would take Wisconsin in a different direction by letting a mining company fill streams and lakes.

"That's a real about-face from how the state has managed waters in the past. And it puts one single private use for iron mining above all other private property uses of the waters, and above the public."

Scanlan, who previously ran the group Midwest Environmental Advocates, calls it an "extreme" example of attempting to turn over the state's water to a single industry: "That's something that was attempted when Wisconsin was in its early stages of development."

Scanlan thinks supporters of the new mining law will have a hard time defending it in court. But business lobbyist Robert Fassbender, who heads a group called the Great Lakes Legal Foundation, says he thinks the mining law is consistent with the original intent of the Public Trust Doctrine: "Navigability was the crux of it. The waters were to be free for commercial purposes."

Fassbender argues the lakes and streams that stand to be filled by a mining company under this law are too small to be considered navigable. Also significant, Fassbender says, is that in the Public Trust Doctrine, state lawmakers are the trustees: "The legislature holds it in trust for the public. And they can delegate that on occasion."

Fassbender says that makes the intent of the legislature relevant. In this case, Republicans wrote the law specifically to say that iron mining is safe and a priority for Wisconsin.