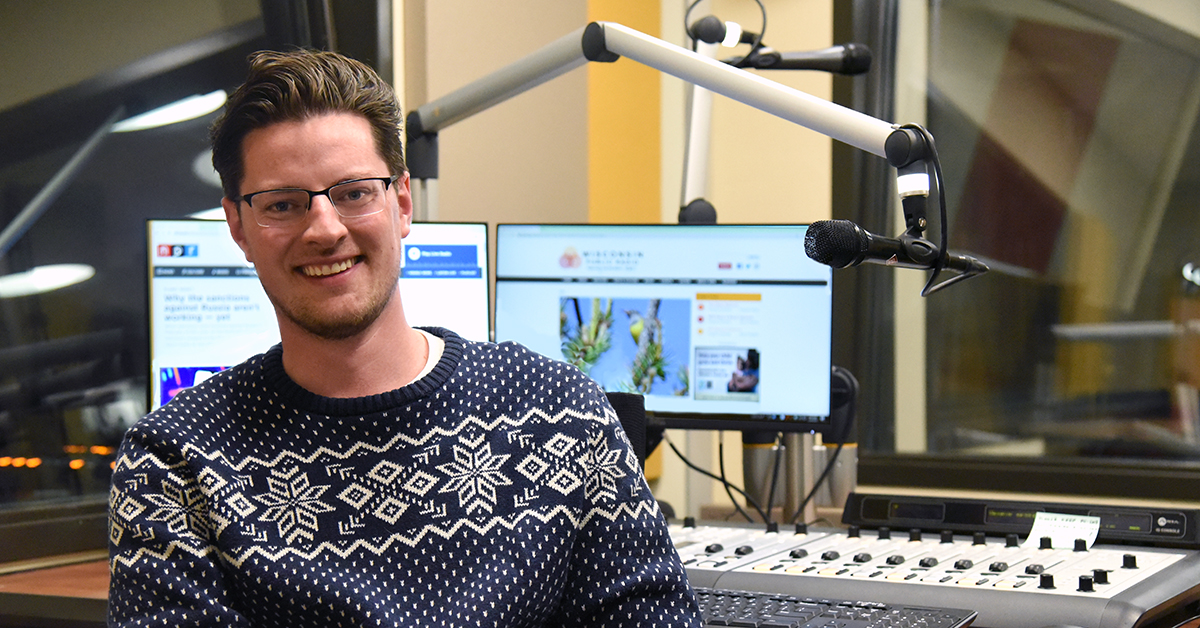 Alex Crowe, WPR’s new statewide host of NPR’s “Morning Edition,” remembers listening to the program when his father would drive him to school in Racine. Back then, he couldn’t imagine that he’d be hosting the show some day.

“It’s a huge honor,” Crowe said. “Those voices of people you hear on the radio every day—you really get to know them. They’re part of your routine. I may be the first voice people hear when they start their day.” With that in mind, he’s looking forward to building a connection with WPR listeners.

Crowe graduated from UW-Oshkosh where he was part of the student radio station and earned a degree in journalism. After working at stations in South Dakota, he returned to Wisconsin and became a “one-man news bureau” for WMDC, a small station in Mayville. While there, his investigative reporting won a Wisconsin Broadcasters Association award in the category “Best Significant Community Impact,” the first WBA award the station had ever earned. His work has also been recognized by the Milwaukee Press Club.

You can hear Alex each weekday morning from 5 to 9 a.m. on WPR’s NPR News & Music stations.