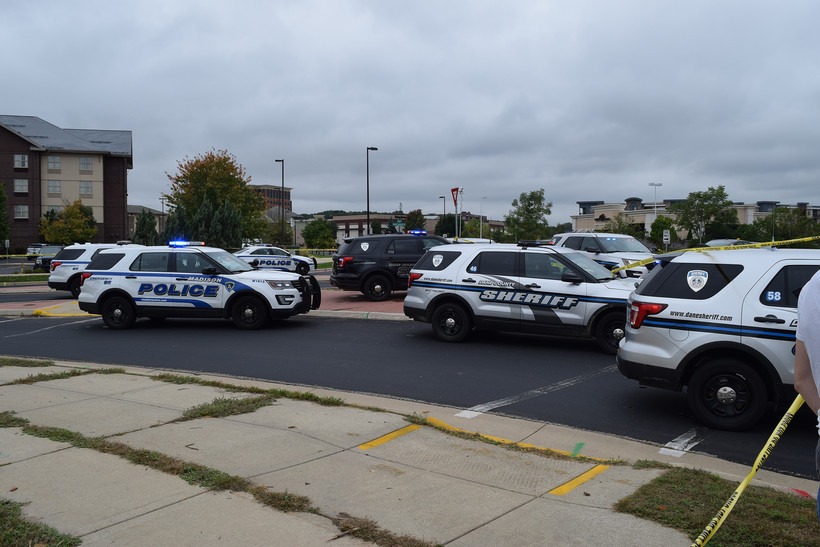 The medical examiner says an autopsy was conducted Thursday and additional testing is underway.

At a press conference earlier Thursday, police declined to name Tong but said he had been employed by WTS Paradigm since April 2017. Middleton Police Chief Charles Foulke said he doesn't know what prompted the shooting.

"We can guess and so on. But not only do I not know that, but I can tell you that a motive hasn’t been determined yet. So investigators are still digging for that. Obviously that’s the one thing on top of everybody’s mind," he said during the news conference.

Police say the suspect had no criminal history or prior contact with area law enforcement.

Dane County Sheriff Dave Mahoney credited those on the scene for getting there quickly and preventing even more victims.

"I can’t say enough about how law enforcement responded. We’ve seen incidents around the country where there’s been a delay or there’s been inaction. Yesterday law enforcement in Dane County, in the city of Madison, from the city of Middleton, from Dane County sheriff’s and all of our partners responded to this incident and immediately their training kicked in," Mahoney said Thursday. "They assembled an entry team and within minutes ended this situation. And it was because of that training we saved lives. There’s no doubt about the fact lives were saved. Our thoughts go out to the victims who were shot and their families."

The condition of the person most seriously wounded during the shooting has improved, according to hospital officials.

UW Health spokeswoman Lisa Brunette said Thursday the person critically injured in Wednesday's shooting at WTS Paradigm has been upgraded to serious but stable condition at University Hospital in Madison.

Two others injured in the shooting are also hospitalized and in serious but stable condition. Police said a fourth person was grazed by a bullet when the employee opened fire inside the company's office.

"I talked to a number of parents yesterday whose children were in school and were in lockdown. It's so frightening," Baldwin said at a press event Thursday. "Hats off to the first responders."

At an event in Appleton, Walker applauded the response time of first responders.

"We were right on it yesterday working with local law enforcement to hear what was happening, to make sure people were safe," Walker said. "I'm very appreciative of the police who responded to the call within four minutes, that is remarkable and a testament to their training, they've specifically trained for this I think their actions clearly were remarkable and clearly life-saving in terms of their actions."

When pushed on gun policy, Walker said it was too early to be talking about legislative changes to gun control.

"We still have people in the hospital so I think it's a bit premature to be talking about any policies that may or may not be effective," Walker said. "We need to be focused on the folks who are hospitalized, continue to recover and that the police have the time to figure out what the facts are."

Baldwin disagreed. She said more could be done to prevent future tragedies.

"There's a lot we can do that is consistent with the 2nd Amendment. As a gun owner myself, I believe the 2nd Amendment is absolutely consistent with stronger safety regulations including comprehensive background checks. The idea that there can be sales that have no background check associated with it shouldn't be tolerated by anyone," Baldwin said. "And beyond that, there's basically a bipartisan agreement on banning bump stocks."