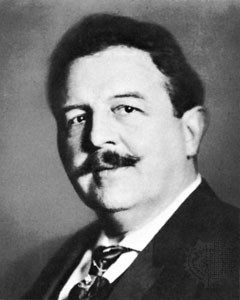 A Marvel of Modern Technology

The grand new theater was one of New York’s proudest buildings. The Hippodrome was the work of Frederick Thompson and Elmer Dundy, who had created the Luna Park amusement area at Coney Island. It stood on Sixth Avenue between Forty-Third and Forty-Fourth streets. Its auditorium had 5,300 seats, and it was fitted out with state of the art theatrical technology, including a stage that was twelve times larger than that of any venue on Broadway and could hold a thousand performers or a full-sized circus, including elephants and horses. It also boasted an 8,000-gallon glass water tank that could be raised from below stage by hydraulic pistons for aquatic spectaculars.

It was a marvel of modern technology, but it was not without its imperfections.

The year was 1906, and Victor Herbert, fresh from the triumph of his latest operetta, Mlle. Modeste, signed on to conduct his orchestra in a series of Sunday concerts at the Hippodrome. During one of the afternoon rehearsals, a valve supplying water to the giant aquarium malfunctioned, and when the center of the stage suddenly sank several feet into the deluge, the musicians had to scramble to safety.

Both the Victor Herbert orchestra and the Hippodrome survived the mishap, but the entertainment palace soon began a long slide into oblivion. For close to twenty years, the 100- by 200-foot stage of the building billed as the largest theater in the world hosted lavish musical productions with choruses of five hundred and shows with opulent sets and diving horses. In 1918, during his show at the Hippodrome, Harry Houdini made Jenny the elephant disappear.

His magic couldn’t save the Hippodrome though. It was an expensive place to maintain, and with a cut-down stage it was leased out for Vaudeville productions and budget operas, and then turned into a sports arena, before the escalating value of the site caused the once-opulent palace to be demolished to make way, eventually, for an office building and a parking garage.