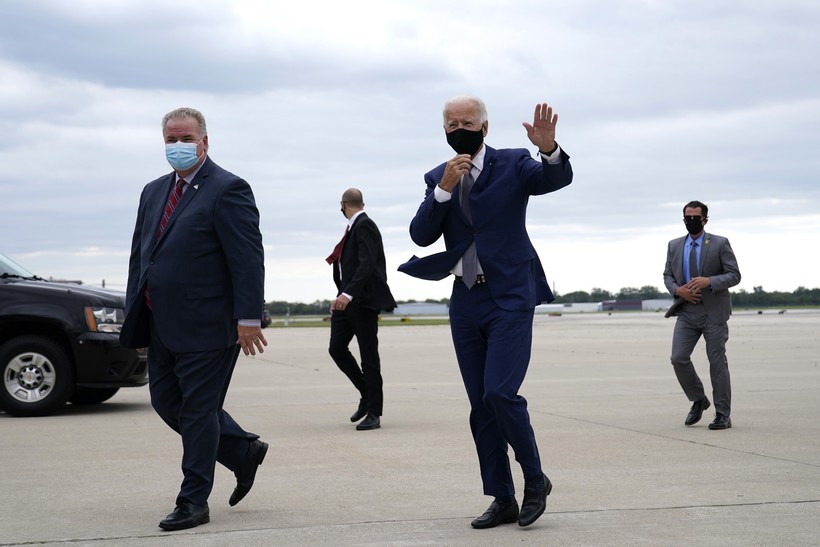 National political conventions, the police shooting of Jacob Blake and unrest in Kenosha have had little effect on Wisconsin voters’ preferences in the upcoming presidential election, according to the latest Marquette University Law School poll.

Democratic presidential nominee Joe Biden leads President Donald Trump among likely voters in Wisconsin by 4 points, 47 percent to 43 percent, according to the poll released on Wednesday. That lead is within the poll's 4.3 percent margin of error.

The poll of 688 people in Wisconsin was taken Aug. 30 through Sept. 3, after both the Democratic and Republican national conventions had concluded and a week after Blake was shot by a police officer in Kenosha. Several days of unrest followed the shooting.

"Lots going on in the world, but it didn’t shift opinions very much," said Charles Franklin, director of the poll, noting how little numbers had changed from the last Marquette survey in early August.

Though national party conventions sometimes provide an approval bump for politicians or candidates, that wasn’t the case this time, Franklin said. Biden’s favorability rate is 46 percent among likely voters, the same it was in August. Trump’s is 44 percent, compared to 43 percent in August.

Wisconsin voters’ support for protests in the wake of Blake's shooting and the unrest that followed is also holding mostly steady, according to the September survey.

The poll found 47 percent of registered voters in Wisconsin approve of the protests. That’s down just one point from a poll in early August.

Franklin pointed out a June survey showed much higher support for protests — about 61 percent.

"So almost no difference (in support) at all in the wake of Kenosha, but a substantial movement took place over the course of the summer," he said.

A new survey question found 33 percent of those surveyed said they would "probably not get" or "definitely not get" a "vaccine that protected you from the coronavirus (that) was available for free to everyone."

More Republicans, 43 percent, responded that way. Only 22 percent of Democrats said they would bypass the vaccine.

The poll also found a downturn in the number of people who identified as "very worried" about the virus. Twenty-one percent said they are "very worried" in the latest poll, down six points from 27 percent in August.

Among those with school-aged children in their home, 44 percent said they are comfortable with in-person schooling and 54 percent are uncomfortable. Those numbers were 53 percent comfortable and 45 percent uncomfortable in early August.