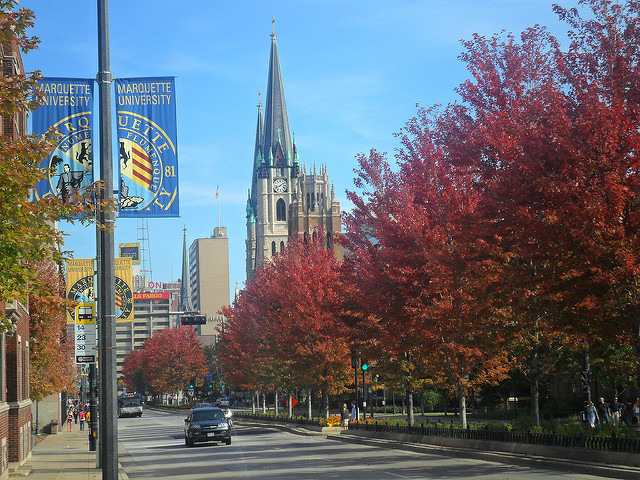 The leader of Wisconsin's largest private university says he's worried that proposed budget cuts to the University of Wisconsin System might harm collaborations with his school.

Marquette University President Mike Lovell used to head the University of Wisconsin-Milwaukee. At both institutions, he's promoted the universities working together on some projects. Lovell said the governor's proposed $300 million cut to the UW System is a source of concern.

"Are the universities within the system going to have money to invest in growth areas where we may be collaborating, whether it be water or energy or entrepreneurship?" Lovell asked. "And the concern is, are they going have funds for new initiatives we want to do together?"

Lovell said he doesn't have a crystal ball as to what will happen with money for collaboration. The UW budget plan is currently before the Legislature's Joint Finance Committee with decisions expected over the next few weeks.