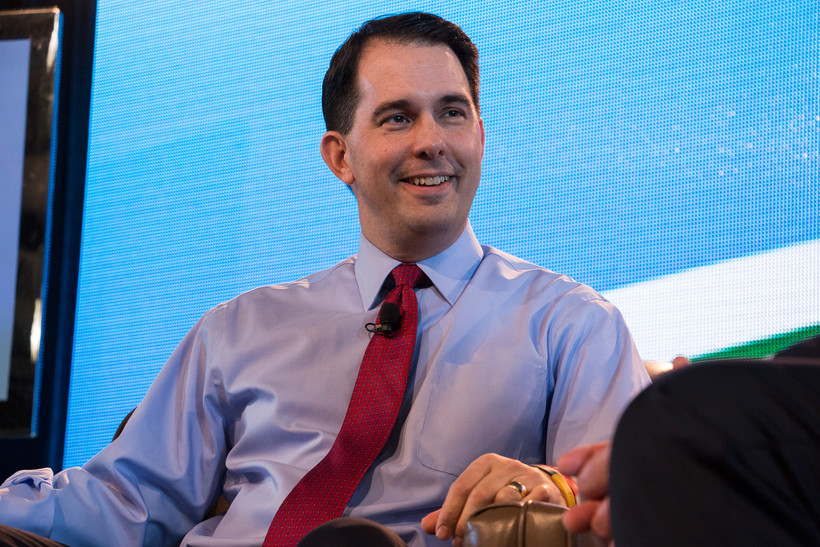 Is it possible that, as Gov. Scott Walker has been touting, Wisconsin's latest jobs report is proof of an economic comeback, even as several major companies have recently announced that they're downsizing or altogether leaving the state?

"Through tax relief and government reforms, we worked to get the mighty hand of the government out of the way and unleash the power of the private sector of our economy. More than five years into our administration, we are seeing measurable, positive results," Walker wrote.

Some of the governor's highlights included the more than 13,000 private-sector jobs that were created, an unemployment rate that dropped below the national average to 4.5 percent, a top-five job growth rate among all states from February to March, a high-ranking labor force participation rate and the best 12 months of job growth since 2004.

On the other hand, just this week, Joy Global, a mining equipment company based in Milwaukee, announced that it will be eliminating 130 union jobs.

Caterpillar announced last week it will be moving engineering and technology jobs from South Milwaukee to Tucson, Arizona. Caterpillar, which has 900 employees in Milwaukee, didn't say how many people would lose their jobs, but the move is expected to have an impact on the economy.

Additionally, Madison's Oscar Mayer plant has plans to shut down completely in 2017, and more than 550 salaried and hourly plant employees will lose their jobs.

"On one hand, Gov. Walker is right," said Abdur Chowdhury, an economics professor at Marquette University. "We are creating jobs in Wisconsin. The unemployment number has come down ... The problem is the jobs we are creating here are low-paying, low-skill jobs."

Chowdhury said the bulk of the state's job growth has come in the service industry, which is largely filled with low-paying jobs. He said that's led to wage stagnation.

"We are not creating enough jobs in the high-paying, high-skilled areas such as manufacturing and construction. And those are the areas you see the companies leaving the state," he said.

Good-paying jobs may be leaving the state, Chowdhury said, due to global trends as companies are incentivized to relocate to areas where they can increase their profit margins. Oscar Mayer was lured to Iowa thanks in part to tax credits.

After a contentious battle with labor supporters, Walker signed a right-to-work bill into law last year hoping that would help encourage firms to relocate to the Badger State.

"That hasn't happened," said Chowdhury. "We haven't seen any inflow of firms coming to the state. On the other hand, firms are leaving the state. So we are not providing the correct incentive for a firm to come in or stay in the state. "

He added that the Wisconsin Economic Development Corp., the state's public-private jobs agency, has "seen a lot of internal problems" and has failed to recruit jobs to the state.

Chowdhury said the prescription for incentivizing companies to relocate or stay in the state would include a more friendly tax structure, a strong infrastructure, providing disenfranchised workers with job training for today's economy and creating a labor culture that produces good morale.

"In all these areas, I don't think we are doing a good job," Chowdhury said.