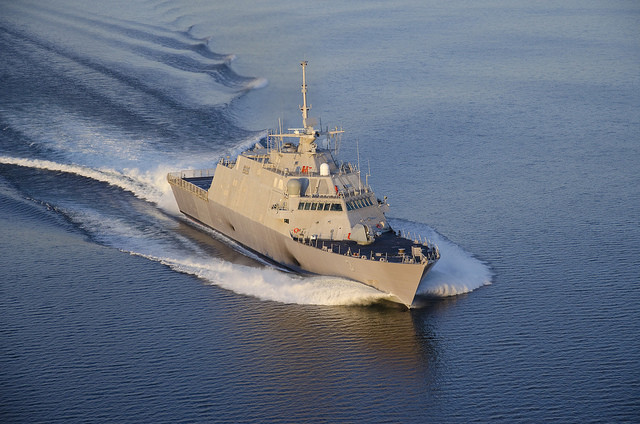 One of the littoral combat ships made by Marinette Marine.

Ships Have Come Under Criticism From Naval Experts Over Performance
By Patty Murray
Share:

Another littoral combat ship is ready to be launched from the Marinette Marine shipyard in northeastern Wisconsin: The U.S.S. Sioux City.

The littoral ships are built in Marinette under contract with Lockheed Martin. The LCS vessels have been criticized for poor performance. Despite that, Lockheed Martin Vice President Joe North said the Navy still wants upward of 50 ships between Marinette Marine and another plant in Alabama.

He said the Navy is sticking to its contract with the company.

Littoral Combat Ships cost around $360 million apiece. The Sioux City will be the third completed at Marinette Marine, which employs about 2,000 workers.