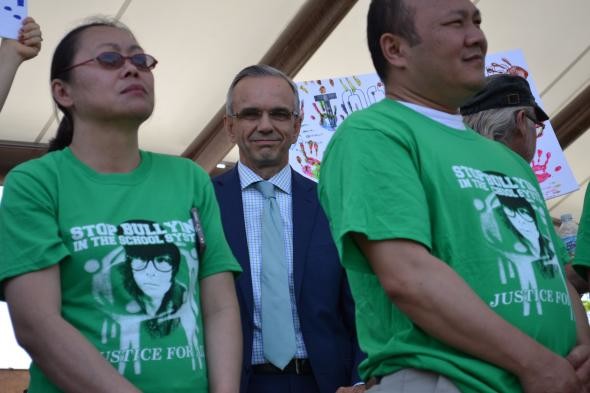 Karger Will Be Suspended For 30 Days Without Pay
By Glen Moberg
Share:

Marathon County’s top leader has been suspended for participating in a May 31 Hmong peace march in Wausau.

At the rally, administrator Brad Karger spoke in support of Dylan Yang, a 15-year-old accused of stabbing 13-year-old Isaiah Powell to death during a fight. Yang was tried in adult court and could get 60 years in prison.

Late Monday night, the Marathon County Board voted to suspend Karger without pay for 30 days.

Board member Jim Schaefer said he made the motion.

"I'm going to be honest with you," Schaefer said. "I made that motion because there's a faction on that board that wants to terminate him ... I don't think what he did, it even warrants close to being terminated."

Karger said he read about the decision in the newspaper.

Karger needs to improve relations with local law enforcement leaders who were upset by his actions, according to Schaefer.

Hmong residents are voicing support for Karger on social media.