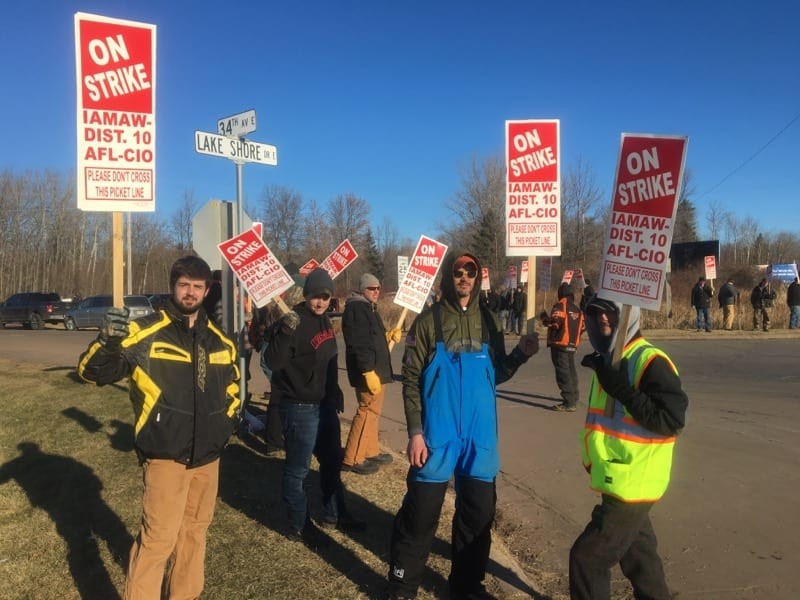 A union and a northern Wisconsin manufacturing company have reached an agreement after union workers went on strike this week. The union was pressing the company for better wages, pension and health care benefits.

The Ashland Daily Press is reporting that C. G. Bretting Manufacturing Co. and the Local 621 union with the International Association of Machinists and Aerospace Workers have reached a contract agreement. The deal ends a five-day strike.

The newspaper reports that company president and CEO David Bretting and union representative Scott Parr issued a joint statement on Friday that the two had reached a three-year agreement. The Daily Press said the details of the contract weren't shared.

About 200 employees took part in the strike. Bretting Manufacturing has around 400 workers.

Representatives for the union and the company didn't immediately return requests for comment.