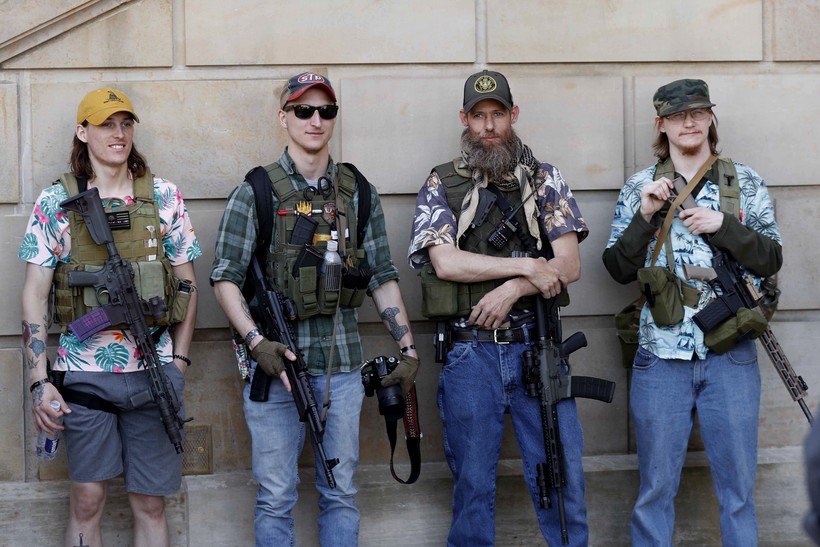 Men stand with their guns during a rally at the State Capitol in Lansing, Mich., May 20, 2020. A plot to kidnap Michigan's governor has put a focus on the security of governors who have faced protests and threats over their handling of the coronavirus pandemic. The threats have come from people who oppose business closures and restrictions on social gatherings. Paul Sancya/ AP Photo

Suspect Could Face 20 Years For Material Support Of An Act Of Terrorism
By The Associated Press/Report for America
Share:

A Wisconsin man has been charged in what authorities describe as a scheme to storm Michigan's Capitol building and kidnap officials, including Gov. Gretchen Whitmer.

State Attorney General Dana Nessel said Thursday that 51-year-old Brian Higgins of Wisconsin Dells is charged with material support of an act of terrorism. He could get up to 20 years in prison if convicted.

Federal charges also have been filed against six others in the alleged conspiracy to kidnap Whitmer.