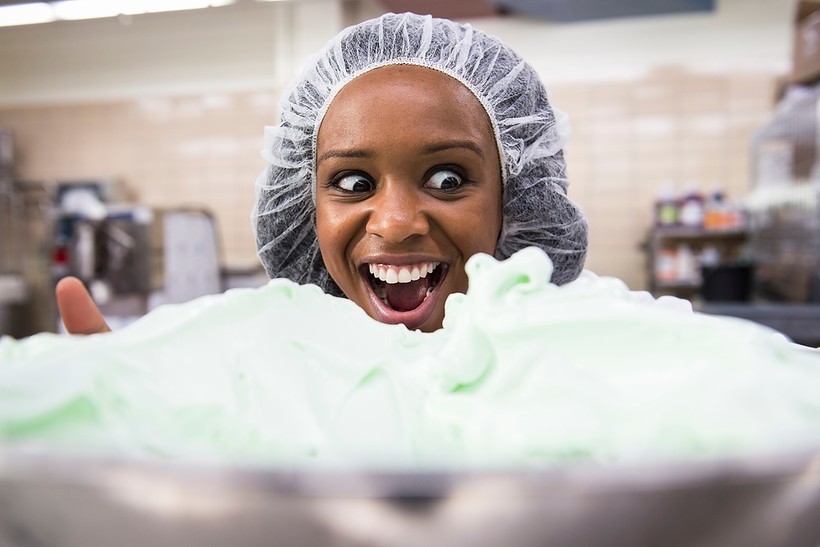 Maya Warren is an ice cream food scientist and a reality television contestant. She won season 25 of The Amazing Race with her partner, Amy DeJong. Photo courtesy of Maya Warren

Ice Cream Scientist Maya Warren Offers Tips On How To Whip Up The Perfect Frozen Treat
By Elizabeth Dohms-Harter
Share:

There are three separate phases to making good ice cream, and you have to get those right to get the best taste and texture. But you don't need an ice cream maker to do it.

Ice cream scientist Maya Warren, whose love for the frozen treat led her to pursue a doctorate in food science at the University of Wisconsin-Madison, has tried and true recipes for making ice cream with common kitchen tools.

"Without having an ice cream machine, we actually just need to be able to kind of dissect ice cream and then put it back together," she said.

No matter what tools you're using, some key ingredients stay the same. You still need a source of sweetener and some type of milk fat. In fact, the legal definition ice cream in the United States has 10 percent or more milk fat. Then of course you'll need a bit of water and air.

"You just need to be able to whip your heavy whipping cream to be able to have that stability that air cells will provide, as well as bring in a fat component," she said.

You can use a hand mixer or a stand mixer to whip your cream. Warren said she's seen folks do it with just a whisk, too.

You don't necessarily have to use dairy products, either. This gets a bit tricky because ice cream does need some source of fat. Vegan products such as soy or almond milk won't work well, since they're too thin. Better alternatives are coconut cream or coconut milk. Put these in the refrigerator so the fat hardens before using. That, combined with sweetened condensed coconut milk and nondairy whipping cream will produce a cool, nondairy dessert.

Warren does have a vegan recipe on her website for watermelon sorbet, though most of her recipes, such as her No-Churn Chocolate Ice Cream, are dairy. This recipe combines a few tablespoons of cocoa powder and sugar to two cups of cold heavy whipping cream that's whipped together for a consistency that's fairly smooth and a bit silky.

Warren says you have to be careful not to overwhip your cream. Doing so will give it a butter-like consistency.

Making whipped cream the right way is a matter of look and feel, she said. While whipping, you'll get to a point where the cream starts to really thicken, and soon after it will start to form peaks.

"Those peaks are critical," she said. "You want peaks, but you want them to be smooth, and you want to have a slight bit of shine to it," she said.

After combining the whipped cream, sweetened condensed milk, evaporated milk and some sea salt and vanilla, you can get ready to layer in whatever else you want to add: peanut butter, Oreos, chocolate chips, caramel — the list goes on. Layer the extras in with the ice cream in the container you're going to store it in.

Put the lid on the container and store it in the freezer for about 5 or 6 hours before digging in. 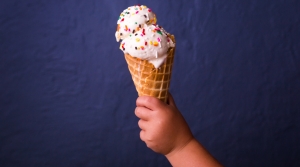 It's getting hot outside and that means the time is right for ice cream. We talk to a frozen dessert scientist about how to make no-churn ice cream at home without an ice cream maker.