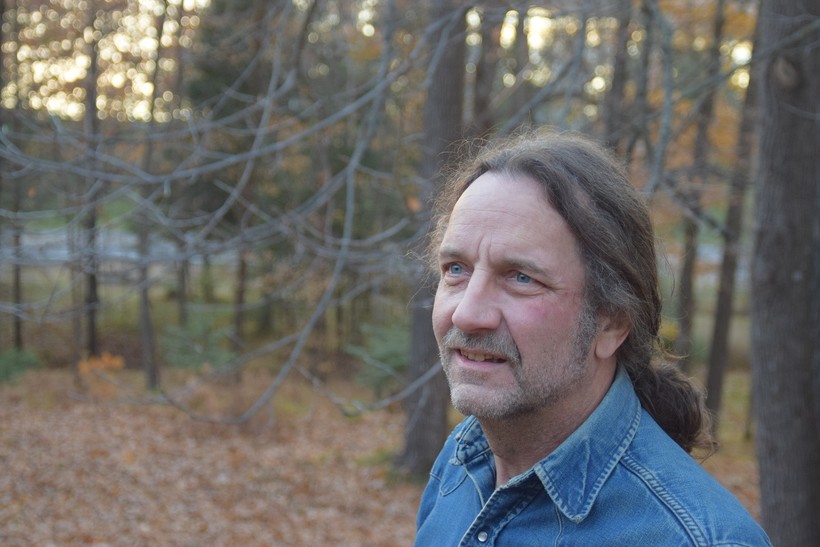 Ken Driessen Plans Participatory Approach To Policy By Voting According To What Constituents Want
By Elizabeth Dohms-Harter
Share:

One of a few Wisconsin independents running for congressional seats in the Nov. 6 election, Ken Driessen believes in pulling money out of politics and voting in line with the majority of his constituents.

Driessen talked about his plans for District 7, which represents central and northwestern Wisconsin, with "Central Time" host Rob Ferrett.

Rob Ferrett: You are running on kind of a unique platform of direct participatory democracy. What does that mean and how would you implement that as a member of Congress?

The Wisconsin Elections Commission has the information of every voter online. A person can go to myvote.wi.gov and find where they're registered. I could use this information to make a secure, honest vote. And anybody that was interested in voting on law and appropriation rather than on a person could do that through my website and through open source software.

I think a system like that is bound to happen because both democracy and the constitutional republic depend on the majority.

I actually promised to do that, to vote in the interests of the majority, no matter if it's something that I would disagree with. I think it's so important that even if I was flooded by real conservative votes, I would honor their vote. And whoever participates would have my vote.

RF: Now I know you might send these issues to the voters, but what kind of health care policy do you think Congress should be looking at and considering?

KD: Just like my Democratic opponent, I think there should be some sort of Medicaid or Medicare for All program to eliminate the private insurance industry. I think we can get a system like that, for example by getting rid of some of the tax cuts that are going mainly to billionaires.

We could raise deductions that come out of your paycheck a few percentage points in order to pay for Social Security and other deductions to avoid having to pay private health insurance. So you will save money.

RF: You previously mentioned that your potential constituents raise the issue of corruption and money in politics. What kind of reforms would you want to look at?

KD: I'm not raising any money. I spent probably less than $1,000 of my own money. I write a lot of letters to newspapers and things like that. I would hope that we could get some kind of public funding so that we could have more debates and more writings of people running for office to inform the public and make it a fair system

I'm up against a guy that has about $2 million. I researched where the money comes from and it's mostly all corporations and mostly all out of state. We can write some legislation to change that around. And I think the majority of people are for it because people, no matter what side they fall on, agree that government is crooked and there's too much money in politics.

KD: Well I would ask people to think about why foreigners want to come here and what is happening in their country. Because like the Iraq War, most people believe that there were no weapons of mass destruction, and we know that they had nothing to do with 9/11, and we went over there and killed half a million to a million people. That's terrible.

And some people there work on our side, providing information and working with our soldiers, and they're saying that they can't come here. That's pretty nasty.

And then the same thing happens in South America. There are drug wars and corporations come in there and buy up all the resources making it impossible for people to earn an honest living without being connected to this corporate money. The income inequality in these countries is worse than us. So they want to make the United States into what they are making the rest of the world. They want to make us into a third world.

On both sides of the spectrum, instead of conservative versus liberal, they're going to have to go right versus wrong.