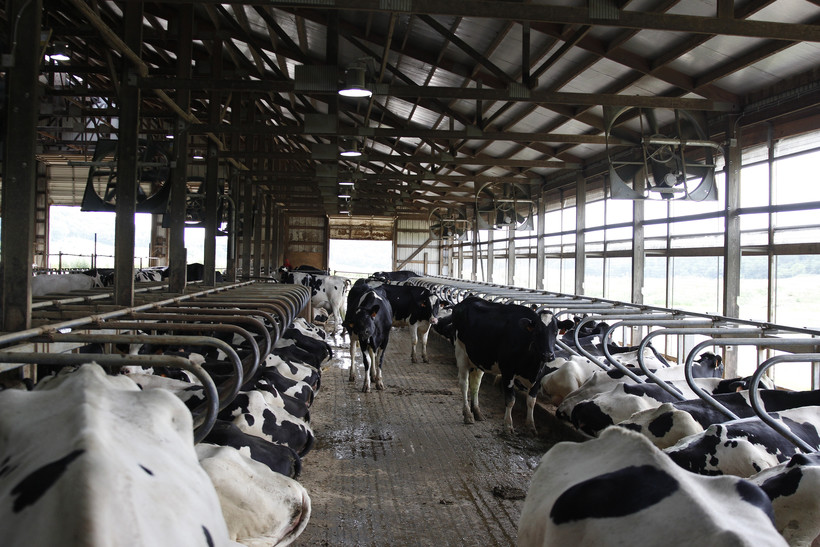 After four years of a depressed dairy economy, the two major farming organizations in the state known as America’s Dairyland are both on board with the possibility of developing a dairy supply management program.

Last month, 240 delegates of the Wisconsin Farm Bureau Federation voted to be open to the option of a Canada-style program that would coordinate supply and demand for United States dairy products, and ultimately give dairy farmers a more consistent, fair price for their product.

The Farm Bureau Federation vote followed a similar endorsement made by the Wisconsin Farmers Union earlier in 2018.

"We are willing to consider a dairy supply management system," said Joe Bragger, a Buffalo County dairy farmer who sits on the board of directors of the state’s Farm Bureau Federation. "The organization historically has always been very strong free market supporters, but I believe the delegates wanted all options on the table."

But Bragger said he doesn’t believe Wisconsin farmers want to copy Canada or any other country that manages agricultural supply and demand chains.

"Make it unique to the U.S. and maybe take some responsibility in managing that supply," he said. "A lot of discussion will have to go on, but the door is now possibly open."

Mark Stevenson, a dairy industry expert, said supply management programs like those in place in Canada and other countries can be effective.

"If you restrict the amount of milk that gets to the marketplace, you can keep prices much higher, but if you do that, there has to be a lot of restrictions in place," said Stevenson, director of Dairy Policy Analysis at the University of Wisconsin-Madison College of Agriculture and Life Sciences. "The state of Wisconsin, for example, couldn’t decide to do that because we would be inundated with milk from outside the state. It has to be done at the national level."

Stevenson said if the U.S. designed its own dairy supply marketing program, it will have to be very restrictive in the amount of dairy product imports from other countries, or the program won’t work.

"I think it’s going to be a difficult thing to pass," Stevenson said. "Which is not to say there aren’t some versions of that program that can be a little softer than a Canadian system that certainly might help moderate these prices when we get into these deep downturns."

Stevenson said while Wisconsin dairy farmers have been used to short-term high and low cycles, since 2014 they’ve endured a sustained period of depressed milk prices.

"Normally it’s been a year or year and a half and this time we’re going into our fifth year of low milk prices," Stevenson said. "Farms have exhausted those safety supplies like cash or feed and it’s causing a lot of financial stress on dairy farms."

The federal government sets the minimum milk price paid to farmers based on a weekly survey of what consumers pay for dairy products like cheese and butter.

"As those product prices move, so does our milk price (paid to farmers) move," Stevenson said. "We’ve seen those product prices be down for quite a period of time, in no small part recently because of exports of dairy products. The U.S. has become a big exporter in world markets and when we don’t export as much, we simply aren’t able to retain our prices as well."

Stephenson said the federal government has been setting minimum monthly milk prices for dairy farmers for decades to level the playing field after some unusual pricing pressure was place on the dairy markets in the early 1900s.