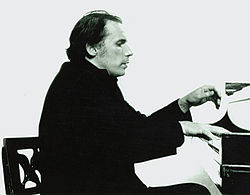 Canadian pianist Glenn Gould had enough quirks as it was, but a concert tour of Israel brought out even more.

He was scheduled to play Beethoven’s Second Piano Concerto in Jerusalem on a cold December day, but let it be known that he had changed his mind. He and his manager had been to the hall, he said, and there was no heating in the place.

When informed that the concert had been sold out and that thousands of ticket-holders were planning to sit in the frigid hall to hear him, he replied that he was susceptible to colds. “I see no point in being heroic about it,” he said. “If I get sick, I won’t be able to go through with the rest of my concerts here.”

The management had eight space heaters placed on the stage in the hope that Gould would reconsider, without any reassurance that he would.

Gould had a second problem that he hadn’t mentioned. The piano was, in his opinion, “absolutely rotten,” and during a rehearsal, he had “played like a pig,” unable even to get through a C major scale to his own satisfaction.

He hit upon an unusual approach in order to come to terms with the instrument. He drove into the desert and imagined himself playing the entire Beethoven concerto on one of his favorite pianos, a Chickering, and “tried desperately to live with that tactile image throughout the balance of the day.”

On the night of the concert, just as a member of the orchestra was announcing that Gould would be unable to perform, in bounded the pianist bundled in a long overcoat and muffler.

He was shocked at first by the lack of sound and the difference between the touch of the Israeli piano and the Chickering of his memory, but he adjusted to the instrument at hand and played what turned out to be an extraordinary and unforgettable rendition of Beethoven’s Second Piano Concerto.