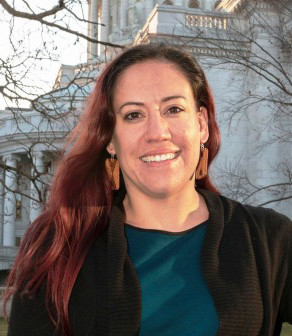 Arvina Martin Says She Serves With A Goal: To Listen
By Gretchen Brown
Share:

When Arvina Martin was very young, she used to proudly proclaim that one day she would be "senator in the morning, and governor in the afternoon.”

The Madison woman was elected in April as the City Council’s first Native American alderwoman, representing District 11. It was her first time running for office, and — childhood goals aside — it’s a position she’s focusing in on.

"Right now I’m concentrated on being the best representative for my community that I can be," Martin said. "I really want to understand and know what my constituents care about, and make sure their concerns are raised on the city level, whether that means getting a stop sign put in at an intersection that makes people nervous, or working on a citywide policy on something, I want to be able to do that."

She grew up in a political family. Her father worked for former Republican Gov. Tommy Thompson.

Martin is a Democrat, with a history of volunteering for Democratic political campaigns. She is former Chair of the American Indian Caucus for the Democratic Party of Wisconsin.

"It leads to very spirited conversations around the dinner table," she said.

Still, there’s room for civility, she said, even in a time when America is more divided than ever before.

"We all have commonalities, despite our differences," she said. "We just all have to remember and assume best intentions from people, and that helps." 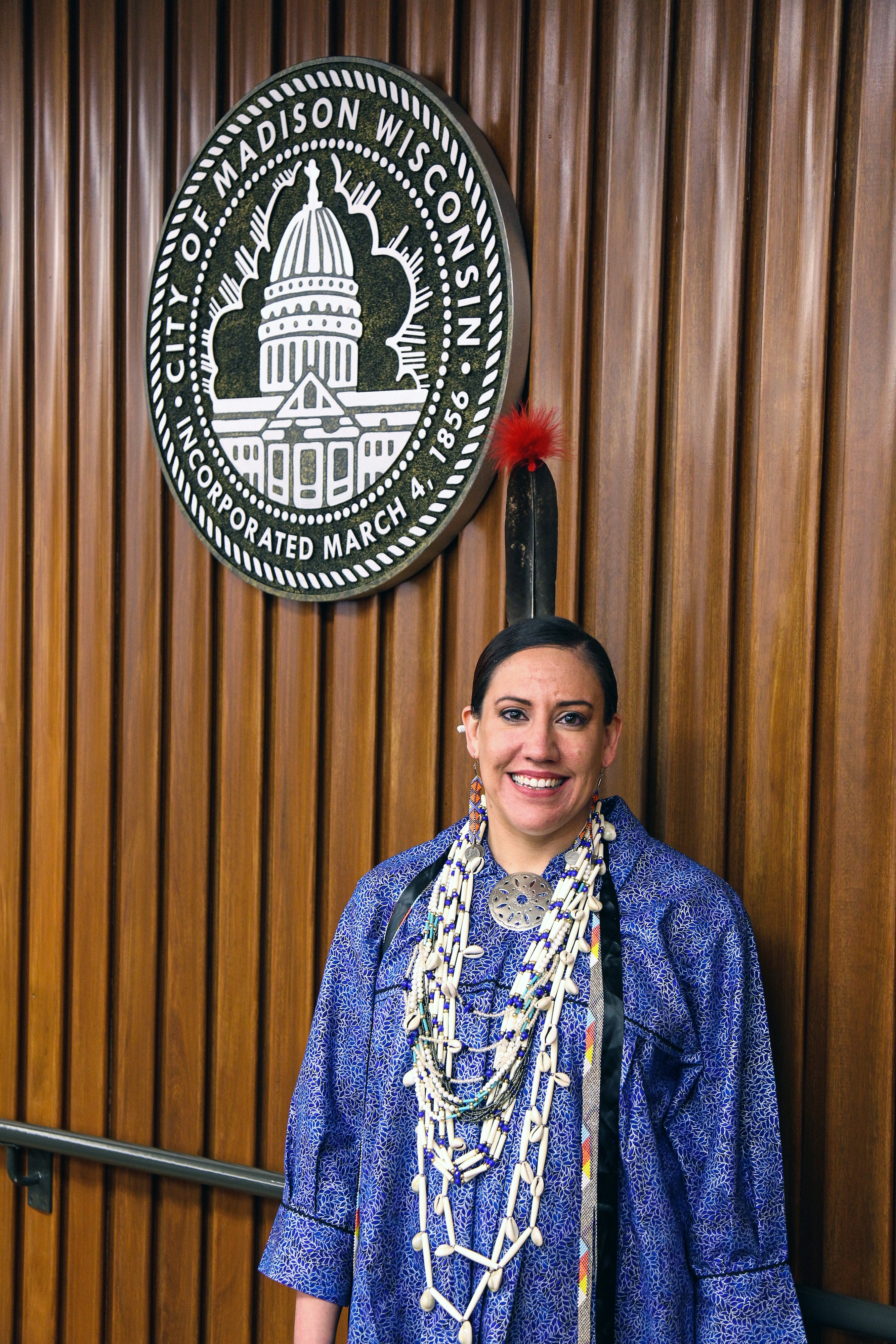 That experience has become practical in her new position, juggling a diversity of opinions from residents in her district. A large development on the city’s West side is a hot issue, and everyone has a take.

"It is a lot of work, between listening to folks that live in the area and making sure their voices are heard, as well as listening to what the developer wants to do and what their plans are," she said. "And trying to make sure that everybody is heard and everybody can be happy with what results."

Her cell phone rings a lot. Sometimes, it’s a concern about a pothole, a bus route, or a stop sign in a busy intersection. She says she’s happy to listen and to be a voice for an issue, no matter how big or small. Everybody has a story, she said.

As a member of the Ho-Chunk Nation, Martin said the Native American community has been overwhelmingly supportive since day one.

"I think about my tribe — the Ho-Chunk people have lived here forever — so it really kind of hits me in the chest to know that this is quite possibly the first time that a person from at least the Ho-Chunk Nation will have been part of the decision making process," Martin told the Capital Times.

She said she hopes to one day pave the way for future Native Americans in government. That was never more clear than the night she was elected, as her 8-year-old daughter and young nieces watched.

"And I could see that reflection in their eyes and say, 'She can do this, I can do it too,'" she said.