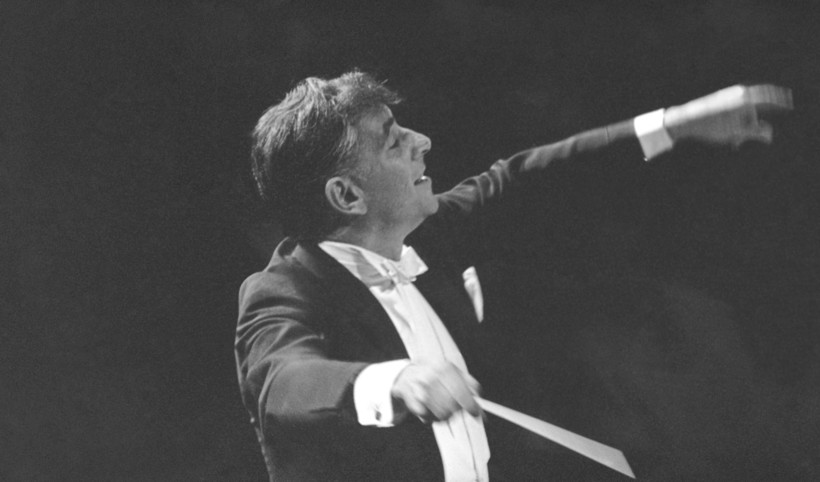 One Of America's Leading Composers, Leonard Bernstein Popularly Known For 'West Side Story,' 'On The Waterfront'
By Mary Kate McCoy
Share:

One of the most recognizable names in music, the longtime conductor of the New York Philharmonic composed classical music and popular Broadway shows like "West Side Story" and the film "On the Waterfront." He was also a pianist and educator.

"Always on Lenny's mind was this transition from the European-based, kind of classical music to America having its own voice ... through its American composers. But he was looking for authenticity in what we would call an American composer," he said.

In the centennial year of his birth, DeMain remembers his encounters with Bernstein in a recent conversation with WPR's Norman Gilliland.

"He was so consumed with love for music ... it just poured out of every ounce of his body, his being," DeMain said. "When you worked with him, whether you were a performer or conducting his piece or whatever it may be, he brought that to you."

On His First Meeting With Bernstein

"I remember the first time I met Lenny in 1971 at Tanglewood where I had a fellowship and Lenny ... came in for a big weekend because he was guest conducting the symphony and he wanted to hear us conduct. I was just transitioning into being a classical conductor and ... the Tanglewood Festival Orchestra, the student orchestra, is gigantic ... and I didn't know I could go real tiny and get all those people to play together, so I am just over conducting to beat the band, just gesticulating wildly in the air.

"The next day ... Lenny was absolutely clairvoyant with all of us and he looked at me and he said, 'Have you ever conducted an orchestra of this size before?' And I said, 'No.' He said, 'Well, you reminded me of myself when I was conducting in front of Reiner for the first time,' and pardon the expression, but he said, 'I was Christ on the cross crucified, and Reiner, you know, tapped on the podium and told me to sit down, and he told me after I got over myself I could conduct again.'"

On Bernstein Wanting To Be The Next Gershwin

"I've been making a case in my own mind as I've been getting older and thinking about Lenny why, you know, he was so controversial, and why he had trouble being accepted as a composer, and that he was always criticized by the critics as being too eclectic and wanting to do it all. And I’ve been trying to make a case that you know Lenny saw himself as the heir apparent to George Gershwin.

"So he's growing up when Gershwin was performing all this music. His first jobs after he left school, he lived in Greenwich Village and he shared an apartment with Adolph Green, and he was playing in clubs, jazz in clubs. He really was this young American musician, you know steeped in classical composition, steeped in classical conducting, playing jazz in clubs and writing his first Broadway show. Sounds a lot like Gershwin."

On Working On A Revival Of 'West Side Story' With Bernstein

"I'll never forget when we were doing the revival ... Lenny didn't conduct the original Broadway score, Maurice Peress did, and this one night in previews Lenny comes to me and he tells me to play this Cha-Cha ... at the tempo ... which is faster than it was in the original show. And he tells me to play it faster, and that night I go into the pit and I don't see Jerome Robbins before the show ... and I thoughtlessly did not think of going to the actors and telling them it was going to be a little faster tonight. And so I started, and they actually trip on the stage and the curtain comes down at the end of act one.

"Jerome Robbins comes tearing back to me and he points his finger at me and he goes, 'If Leonard Bernstein wants it that fast, I'll simply write it out of the show.' And so at the notes session afterwards they didn't want to talk about it, but I made them talk about it. They agreed to disagree and the only thing that helped me get through this whole situation, back in 1980, was when Leonard Bernstein came to me and said, 'The only reason why we're doing this revival is because Jerome Robbins agreed to direct it, so give him what he wants.'"