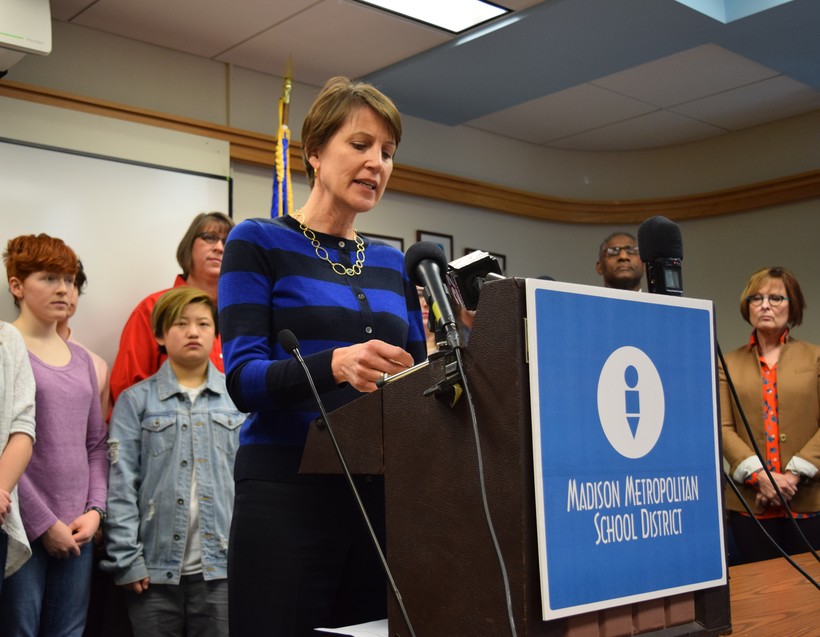 Superintendent Jennifer Cheatham has announced plans to resign as head of the Madison Metropolitan School District after six years of leadership.

Cheatham will be joining the faculty of Harvard University's Graduate School of Education in the fall.

In a district press release, Cheatham spoke fondly of her time as the head of Madison schools.

"I have never had a more fulfilling job than serving as the superintendent in Madison," she said. "This community has surrounded me, my family, our team, our staff and our schools with tremendous support and I am filled with gratitude."

The Madison Metropolitan School District is the second largest school district in Wisconsin.

There, Cheatham said she is excited to go back to teaching and to "make (a) larger impact on education" by helping graduate students prepare for leadership roles, including school superintendents. She also said she wants to be "a little bit more of a mom" to her 7-year-old.

Madison School Board President Mary Burke praised Cheatham and said the board is committed to finding the "next great leader."

"She has exceeded expectations," Burke said. "There's been so much accomplished but still so much to do."

The decision comes near the end of a tumultuous year for the district over the racial climate of schools and questions about safety.

A string of racist incidents involving teachers and staff took place this school year, prompting Cheatham to write an open letter acknowledging the district's "failure" and announcing they must "disrupt racism in all of its forms." In April, she released a budget proposal aimed at better supporting students of color.

Meanwhile, the district has debated the presence of police officers in schools — with some students strongly opposed — and dealt with an alleged on-campus sexual assault.

"There have certainly been some challenges this year. That is absolutely not my reason for leaving," said Cheatham, who when asked if she was seeking the Harvard position said she was "exploring a single opportunity." 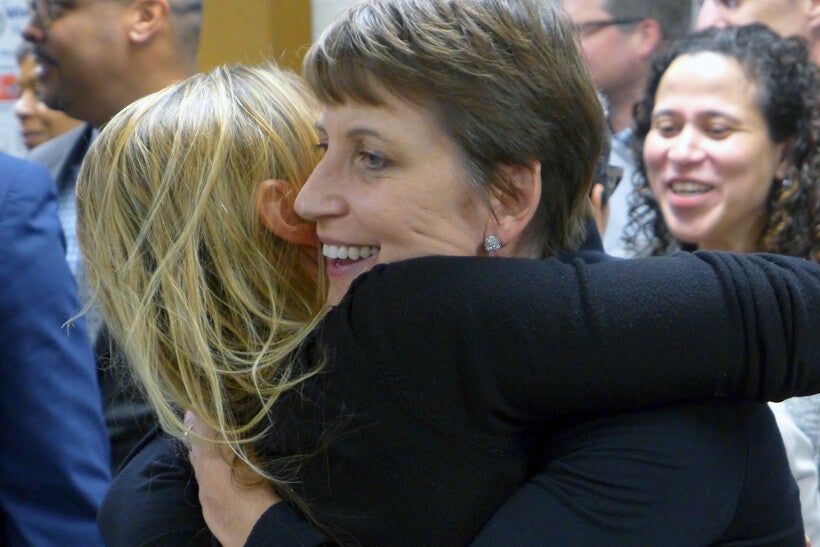 Madison Metropolitan School District Superintendent Jennifer Cheatham, right, hugs a supporter at a press conference Wednesday, May 8, 2019 at Mendota Elementary School where she officially announced her resignation as superintendent to pursue a job at Harvard University. Shamane Mills/WPR

In an email to district parents, Cheatham said she is "confident that this is a natural time for a transition in leadership."

The Madison School Board told parents in a district-wide email that its members are "united" in its "commitment to move forward" on the district's new strategic framework's priorities, which include excellence and racial equity.

The board met Monday in a closed session to discuss "consideration of employment of a district administrator," according to a meeting agenda.

"We have a solid game plan going forward, unlike when Jen came six years ago," Burke said at Wednesday's press conference.

Cheatham was hired in spring 2013, leaving a job as chief of instruction in Chicago Public Schools.

"Six years ago, we set out to establish the strong foundation necessary for transformational change in our community, and we have accomplished much together as a result," Cheatham said in the release. "MMSD has dramatically strengthened its routines for continuous improvement, has a stronger and more coherent core instructional program, has improved its approach to family partnership, has expanded its options for post-secondary success, strengthened HR systems, stabilized its budget, established powerful partnerships, and ultimately put the district on an upward trajectory academically with accelerated growth for students of color."