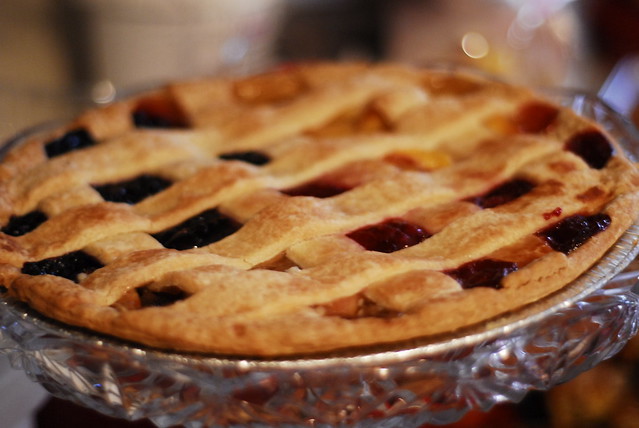 Sometimes, you want something a little flashier than the classic American apple pie.

How about bubbling butterbeer or strawberry margarita with a salted rim pie instead?

Doctors by day and pie contest winners by the weekend, husbands Paul Arguin and Chris Taylor have a few ideas about how to update your pie repertoire — along with tips to make the best pie crust — in their new cookbook, "The New Pie: Modern Techniques for the Classic American Dessert."

"I think you could really take any flavor and turn it into a pie if you have the right building blocks," Taylor said. "Pie isn't just what you've always known."

Or it’s taking a beloved pie, and putting your own spin on it, like Taylor and Arguin’s Best of Show National Pie Championship winner Summer Strawberry Pie.

If you've ever made a key lime pie, you know what to do, Arguin said. Except instead of lime juice, use lemon juice and add fresh, pureed strawberries to the mixture, that is baked in the oven and sets like a custard.

"It's really fresh," Arguin said. "You get the brightness of the lemon and that sweet berry flavor from the strawberries and you can even decorate the top of it with some additional freshly sliced strawberries. It's really very delicious, but actually quite simple to put together."

But then, how do you get a reliable crust to tie it all together?

One of the best things you can do is weigh your ingredients, Taylor said.

"That's probably the most important secret to our pie crust," he said. "Rather than say scooping out a cup of flour, if you actually measure that flour by weight you're going to get a reliably repeatable result every time."

Taylor and Arguin stick with a fairly traditional recipe for the pie crust with flour, butter, a little shortening, water, salt and a touch of sugar. But they also include a couple of somewhat unexpected ingredients, as well: vinegar and baking soda.

"You have these great fun cubes that almost look like marshmallow, but they're soft and creamy like the delicious whipped cream that they are," Arguin said.

As for where they get ideas, inspiration comes from everywhere, they said.

"We'll find it sometimes in the checkout aisle, standing for too long looking at the candy bar labels," Taylor said. "The flavors, we say, are new to the world of pie, but not necessarily new to the world. We’ll notice things and go, 'Oh I think that could be a good pie, how could you do that?'" 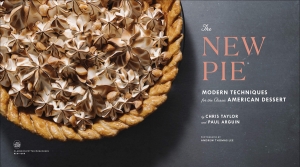 Looking for new pie flavors? How about strawberry-margarita pie with a salted rim? Or bubbling butterbeer or chocolate-covered cherry? Our guests have a cookbook out that takes pie to a whole new level with inventive flavors and new techniques.