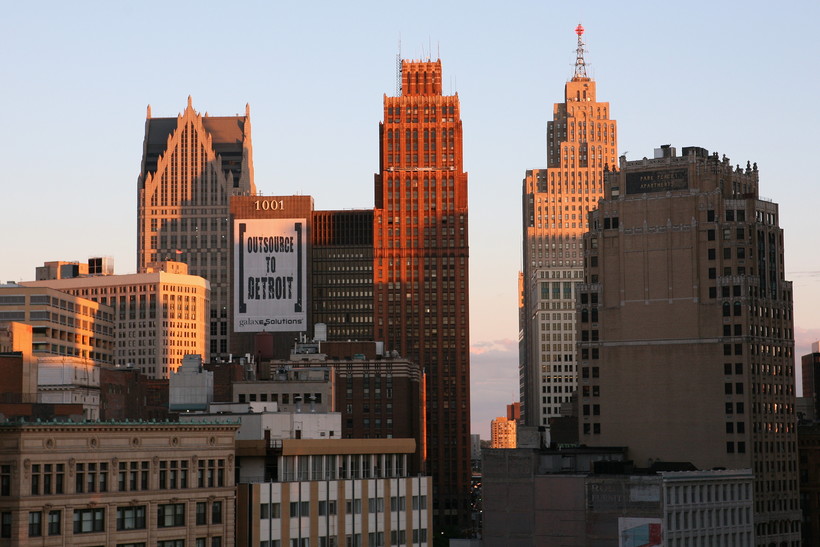 ​The city of Detroit was running on all cylinders in 1963.

It was the best year on record for the U.S. automaking industry, which at the time was helping forge a new middle-class generation. A musical revolution was underway thanks to Motown Records founder Berry Gordy. And moreover, some of the racial divides that had plagued the Motor City were beginning to disappear as local politicians marched alongside Martin Luther King Jr. and called for fair housing ordinances.

In his latest book, "Once in a Great City: A Detroit Story," Pulitzer Prize-winning journalist David Maraniss, who was born and spent part of his childhood in Detroit, chronicles the many cultural movements that intersected in 1963. He asserts that it was a crucial year for the city.

"It's really extraordinary what converged in Detroit during that era," Maraniss said.

Among the city's biggest cultural exports was Motown music. Founder Barry Gordy created the record label after taking out an $800 loan from his family, planting the seeds of what would become a musical empire.

"The talent that (Gordy) was able to pool together is truly amazing," Maraniss said. "There was Smokey Robinson and the Miracles, Marvin Gaye, little Stevie Wonder — who was 13 years old when he started there — Mary Wells, Martha and the Vandellas. The Supremes were just starting — the Temptations and the Four Tops. For anybody of our generation, it's really one of the key soundtracks of our lives."

Another important cultural export from Detroit at the time came off the assembly lines of General Motors, Ford and Chrysler. The iconic Ford Mustang was being developed in 1963 and released the following year.

But the biggest contribution from the auto industry, said Maraniss, was the role it played in forming a large and inclusive middle class.

Local labor leaders like Walter Reuther made sure all workers received good wages, and for the first time, black families were able to accumulate wealth at similar rates as their white counterparts (stark inequalities nevertheless remained).

"The UAW contributed over $100,000 to the civil rights movement and to (Martin Luther) King in that period, and so much more in-kind contributions," said Maraniss. "It was heavily involved in bailing King's people out of jail in Birmingham and then later in helping establish the march in Washington in August of that year."

But in some ways, said Maraniss, 1963 was also a year in which the city was beginning to splinter. Racial divisions in terms of housing were widening, and tensions rose as white neighborhood associations prevented African-Americans from purchasing homes in well-to-do communities. While the black community had a sympathetic leader in Michigan's Republican Gov. George Romney, and was energized by a visit for Martin Luther King Jr., fair housing ordinances were slow-moving. Many white people fled the city for the suburbs, bringing with them the powerful force of commerce.

In other words, said Maraniss, the cracks were beginning to show in 1963, even if the city's breaking didn't come until years later.

A footnote: Maraniss was compelled to write the book after watching a critically acclaimed Super Bowl commercial in 2011 for Chrysler. The ad features a montage of Detroit's gritty environment, and with the help of narrator and musical artist Eminem, aimed to remind viewers of the city's automaking legacy and the people who put it together on the assembly lines.

Watch the 2011 Chrysler Super Bowl ad that inspired Maraniss to write the book below: