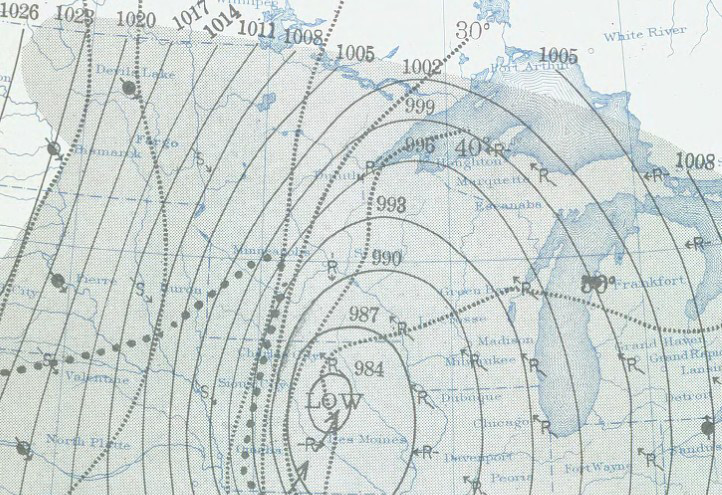 A Look Back The Armistice Day Blizzard, A Deadly Day For Midwestern Hunters

This Veterans Day, Nov. 11, marks the 75th anniversary of a massive blizzard that unexpectedly struck much of the Midwest with deadly results.

According to outdoor writer and photographer Tim Eisele, Armistice Day Storm (as the holiday was still named in 1940) was notable not just for its severity but because so many of the lives it claimed were hunters.

"It was a holiday so a lot of guys were out. They were hunting and the weather had been so mild that they were out with just those canvas coats on and they really didn’t know that the storm was coming," Eisele said.

Early in the day, La Crosse and Madison had expected highs of 52 degrees. But soon enough, Eisele said, came, "rain, sleet, and snow and then there were ferocious winds and that’s when guys got trapped out there."

The storm brought about single-digit temperatures, heavy winds, snowfall up to 27 inches, and drifts that reached 20 feet tall.

An estimated 154 people were killed by the storm. According to Eisele, of the 49 people who died in Minnesota, about half were duck hunters. Thirteen died in Wisconsin, 13 in Illinois, and four in Michigan.

"Some people were stranded in their cars. There were thousands of chickens and they estimate millions of turkeys that died," Eisele said.

While the Armistice Day Storm itself was intense, Eisele said the real calamity came from the rudimentary forecasting of the era that left outdoorsmen exposed with no idea what they were in for.