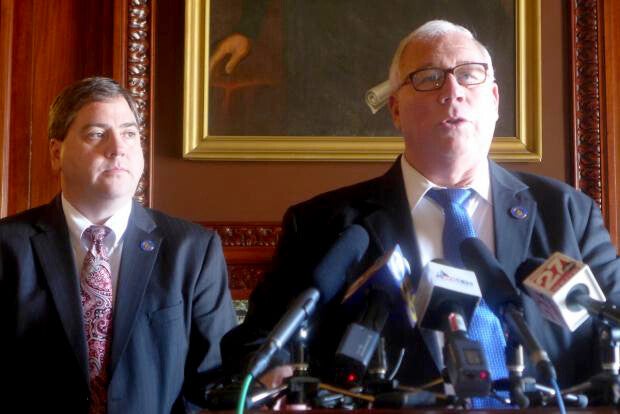 Olsen Is Third Senator To Announce He Won't Seek Re-Election This Fall
By Laurel White
Updated:
Tuesday, February 25, 2020, 11:00am
Share:

Olsen has served in the state Senate since 2004 and is a member of the powerful Joint Committee on Finance, the Legislature’s state budget-writing committee. Olsen won his 2011 recall election with 52 percent of the vote and was last re-elected in 2016 with 57 percent of the vote. He previously served a decade in the state Assembly, beginning in 1994.

"It has been an honor to serve in the state Legislature, but there comes a time in life when it’s time to move on," Olsen said Monday in a prepared statement.

Olsen also chairs the Senate’s education committee. He sponsored a proposal during the current legislative session that would increase state funding for 4-year-old kindergarten in the state. The proposal did not receive a vote in the state Assembly before the chamber adjourned for the year last week.

A potential GOP successor was quick to announce her bid for the 14th District seat Monday morning. Rep. Joan Ballweg, R-Markesan, said she will run to fill the seat.

"I want to thank Sen. Olsen for his service to Wisconsin and the 14th Senate District," Ballweg said. "Luther has represented me and my neighbors well in both the Assembly and Senate."

Ballweg was first elected to the Assembly in 2004. She previously served as mayor of Markesan.

Ripon resident Nate Zimdars, a Democrat, announced in December he would also make a bid for the seat.

Olsen’s retirement announcement is the third to come from the state Senate this session. Democratic Sens. Mark Miller of Monona and Dave Hansen of Green Bay have also announced they will not seek re-election in the fall.

Miller's district is unlikely to switch party control. Hansen’s is considered a swing district and could flip from Democratic to Republican control.

While both parties have competed for Olsen's 14th District seat in the past, Republicans have done well there in recent years. It is represented by three Republicans, including Ballweg, in the state Assembly.

Republicans currently hold a 19-14 majority in the Senate, which falls short of the two-thirds supermajority needed to override a governor's veto. Democrats have said one of their goals this fall is to prevent Republicans from winning the 22 seats necessary to achieve that supermajority.

Editor's note: This story was updated to include Democrat Nathan Zimdars' candidacy for the 14th Senate District seat.