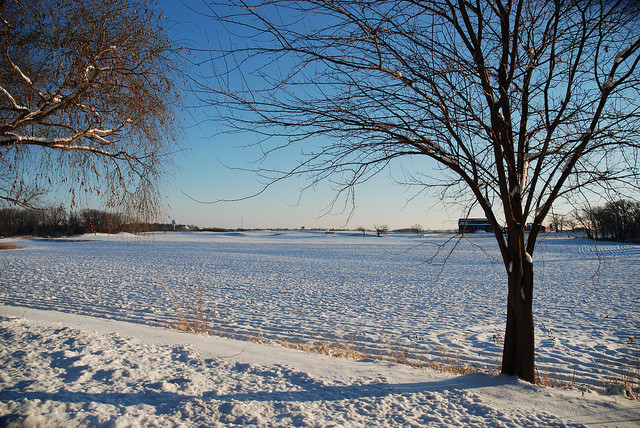 In Windsor, a community in south-central Wisconsin, residents have floated the idea of creating an ordinance barring certain kinds of sex offenders from the community.

On a snowy night in January, about 50 residents in the Dane County town of Windsor gathered in their town hall to learn more about a sex offender scheduled to move into their small suburban.

Tina Gensler of the Department of Corrections laid out to them Steven Lamm’s criminal history, which began in 1990. She explained that his offense occurred when he was 17, when he inappropriately touched an 11-year-old girl in a park. Mr. Lamm is now 43 years old, and has spent most of the last 20 years in prison for sexual assaults against children. DOC officials at the meeting assured his future neighbors that he now has a full-time job and is wearing a GPS tracking bracelet 24 hours a day so law enforcement can keep a close eye on him.

A patchwork of local ordinances restricting where sex offenders can live has made it hard to find housing for people like Steven Lamm once they're released. It's also left municipalities that lack such restrictions, like Windsor, concerned that offenders will end up concentrated in their communities.

There are about 700 sex offenders wearing GPS bracelets in the state right now, but that fact doesn't reassure Windsor resident Carolyn Stegman .

"I know that the probability of a repeat offense is fairly high for child sex offenders, and I don't want my child to be the guinea pig for the next offense," said Stegman.

A Department of Corrections study covering the period between 1980 and 2002 found that between 9 and 15 percent of child sex offenders in Wisconsin committed new crimes after they were released.

Another resident at the meeting, Tony Stefan, said he's unhappy with zoning restrictions in nearby communities that have left few options for towns like Windsor.

"I don't think there is a mayor in the state who would want to be in the situation where you're saying, 'Just bring me all of you sex offenders.' That just isn't gonna happen," said Barrett.

Barrett has teamed up with state Rep. Joel Kleefisch, R-Oconomowoc, to draft the new law. Kleefisch said it will supersede all local ordinances.

"We're gonna have a return-to-sender component to it," said Kleefisch. "Where the sex offender lives when he commits the offense is the community where they have to be returned. That is the most equitable situation."

Such a law could face opposition from residents of towns like Cottage Grove. Last month, someone there set fire to a house where state officials had planned to place a sex offender. Murali Kudipudi, who lived next door to the house, is leading the effort to get the town board to pass an ordinance banning violent sex offenders from the community.

"How can I believe that this guy is monitored 24 hours? 'Oh, you don't need to worry, we'll take care of it' — this GPS and that and all this technical mumbo jumbo. I mean, if he can put the trash can outside, he can come to my yard," said Kudipudi.

This week, the Cottage Grove town board agreed to draft an ordinance before the end of the month.

Most local ordinances restricting sex offenders ban them from living within a certain number of feet from schools, parks and other places where children may congregate. Some Windsor residents, however, want to make an ordinance of their own that would be specific to level-three sex offenders who are released from the state's Sand Ridge Secure Treatment Center. That facility houses offenders after they have served a prison sentence and a court has judged them to be "sexually violent persons" in need of more specialized treatment to prevent them from committing new crimes.

It's not clear whether such an ordinance would conflict with the new law that is being drafted now by Kleefisch.

The Department of Corrections is on record opposing the spread of local sex offender housing ordinances. Parole agents who monitor offenders say communities are better off knowing where an offender is living and taking precautions to protect children. They say if state officials can't find housing for them, offenders may end up homeless and pose a greater risk to the public.