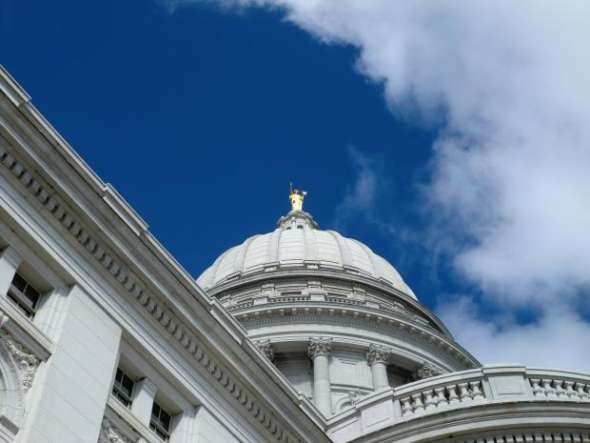 Local Governments Could Have Less Discretion When Issuing Some Permits

GOP Bills Would Require Approval Of Conditional Use Permits Despite Public Opinion
By Rich Kremer
Share:

Local governments would have less discretion to deny permits for things like frac sand mines under legislation being marketed as a "homeowner bill of rights."

Matching bills introduced by state Sen. Tom Tiffany, R-Hazelhurst, and state Rep. Adam Jarchow, R-Balsam Lake, would change how local officials issue conditional use permits. The permits are a tool used by local governments to regulate things like large-scale farms or industrial sand mines. They work by setting a list of conditions a developer must meet before a permit is approved.

But local officials have the final say and, under current law, can deny a permit even if conditions are met.

Jarchow said he believes that’s a problem, because local officials have used that discretion to block projects they don’t like even after conditions have been satisfied.

"If they've met all the conditions that the municipality has laid out, it's unfair to the property owner to be denied that permit," Jarchow said.

The legislation introduced by Tiffany and Jarchow on Aug. 10 would force local governments to grant conditional use permits if a developer can prove they’ll fulfill requirements. But Jarchow said local governments would still be able to exercise discretion by changing zoning laws to keep certain industries out of certain areas.

"If they don't want some particular use in some area, they would have, still, absolute authority when they're writing their zoning ordinance to make that a prohibited use," Jarchow said.

In that case the company claimed it had met a list of conditions but was denied a permit based on unpopular public opinion. During a public hearing multiple residents living nearby the proposed site voiced concerns about harmful dust, groundwater pollution and increased truck traffic.

In her lead opinion, Justice Shirley Abrahamson wrote that county officials were right to weigh concerns about health and public welfare.

The Wisconsin Counties Association, the Wisconsin Towns Association and League of Wisconsin Municipalities wrote in a joint statement that the bills would eliminate years of work establishing a balance between property owners and communities regarding land use decisions.

"Under current law, local zoning boards, comprised of local elected and appointed officials, weigh the pros and cons of a particular land use proposal and determine whether a proposed use conforms to what the community would find acceptable," the statement reads. "This is no different than the typical legislative process in a representative democracy."

"I don't know why you'd have a public hearing for a conditional use permit under this bill because, frankly, the public input is taken out, and we're just going to decide whether or not you meet a series of conditions under this proposal," Bahr said.

To Jarchow, concerns about changing how local governments issue conditional use permits are overblown, and he points to Minnesota as an example. There, public comments are gathered as part of the public record on a proposed permit, but local officials don’t base permit decisions on them.

According to the League of Minnesota Cities, "Neighborhood opinion alone is not a valid basis for granting or denying a CUP. While city officials may feel their decision should reflect the overall preferences of residents, their task is limited to evaluating how the CUP application meets the ordinance standards."

Jarchow expects public hearings to be scheduled on the bills by the end of August. Last year, the two proposed a similar "homeowner bill of rights," but the legislation was never formally introduced.