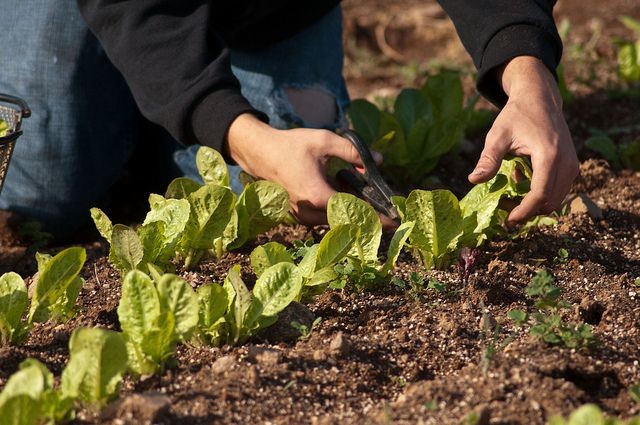 Local Food Advocates Working To Strenghten System For All

Wisconsin's local food movement is strong, but those involved recognize there's a lot to learn from each other and neighboring states with better defined programs that are more profitable for small farmers.

The Wisconsin Local Food Network held its 11th annual summit in La Crosse in January. It's a time for those in local food programs to learn from each other and take ideas home that could improve local programs.

WLFN Board Chairwoman Kathleen Hein, of Prairie du Chien, said the summit was a chance to learn from neighboring states such as Minnesota and Michigan. Hein said the two states each has a good blueprint to follow, something Wisconsin doesn't have yet.

"Other states have these road maps where I think it makes it easier for people to feel a part of a big movement, instead of just us all working really hard in our own communities," Hein said.

One of the big topics raised at this year's summit is how to build a local food network in Wisconsin that is fair to everyone.

David Lee is executive director of Feeding Wisconsin, a series of statewide food banks. He said large– and small–scale local food infrastructure is in good shape, but farmers might benefit from something in between.

"I think what we really have to do is build a more robust middle tier of infrastructure that helps smaller farmers get to larger buyers, larger aggregators and more distribution networks so they can actually move the food around in a more efficient manner," Lee said.

One of those middle tier systems might be food cooperatives which didn't have much of a role in this year's summit. People's Food Co-op which has stores in La Crosse and Rochester purchased products from more than 600 producers in the region in 2016.

Members of the Wisconsin Local Food Network are set to meet again in May to talk more about creating a local food system that's fair for all.