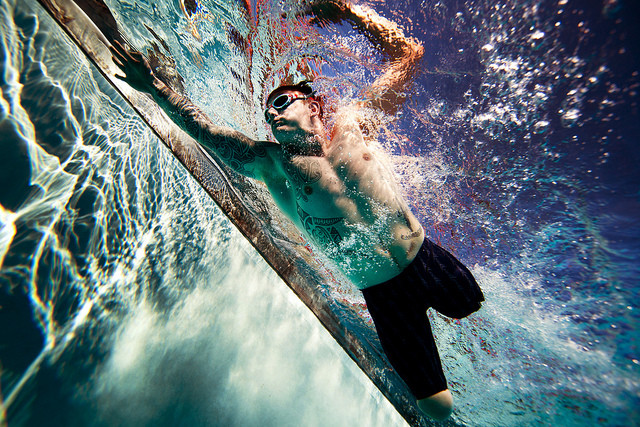 'Limb Difference' Isn't Necessarily A Disability, According To Haack
By Kayla Blado
Share:

"Limb difference," the term for people with missing appendages, has gained a larger community in the last few years.

Ryan Haack, who was born missing his left forearm and hand, runs blog livingonehanded.com and is the author of the new children’s book, "Different Is Awesome," said he was inspired to write the book because he wanted children to embrace their differences and not think of them as limiting.

The idea for his book came, he said, from an experience that he had explaining his limb difference to his little brother’s class.

He said that he was glad to answer the students’ questions and embrace their curiosity.

"They did have some questions about how I did different things. ‘How do I tie my shoes?’ is a huge question I get all the time. 'How do I ride a bike?' 'How did I get there?' 'Did I drive a car?'" he said.

The book follows a similar trajectory, which he hopes will reinforce the idea that differences should be celebrated.

"The book takes you through the boy bringing his brother to class, they get to ask him questions … how he does different things, riding a bike, golfing, (and) basketball. Along the way, the kids figure out that they each have something different about them, whether it’s that they’re tall or they have red hair or green eyes or freckles," said Haack.

Although the book is new, Haack said it is already fostering conversation among young readers and their parents.