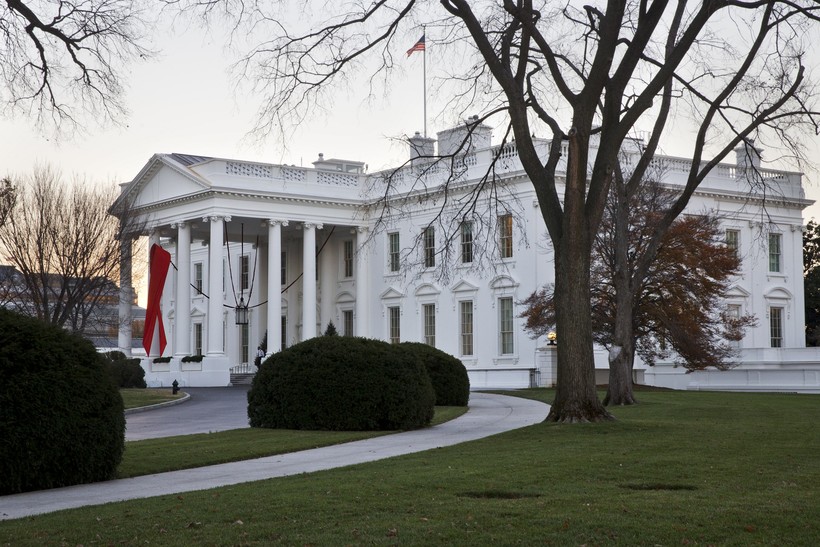 The White House in Washington is decorated with a red ribbon in honor of World AIDS Day, Monday, Dec. 1, 2014. Jacquelyn Martin/AP Photo

During Tuesday's State of the Union address, President Donald Trump outlined an effort to eradicate the HIV epidemic in the United States in next decade.

That's a goal the AIDS Resource Center of Wisconsin says can be accomplished.

"We have all the tools necessary, except a cure, to end the HIV epidemic in the United States. The priority of President Trump to end new HIV infections in America by 2030 is a call we must all heed. In an era of divisiveness, it must serve to unify political and societal will to finally end HIV as an epidemic," said AIDS Resource Center of Wisconsin President Michael Gifford on Twitter.

In 2017, there were 259 new HIV infections diagnosed in Wisconsin.

Between 2008 and 2017, both the number and rate of new diagnoses of the disease declined in Wisconsin, according to a report by the state Department of Health Services.

But across the U.S., progress has "plateaued" according to federal health officials. One reason is the spread of the disease by people who don’t know they're infected, according to Centers for Disease Control and Prevention officials.

Nearly 17 percent of those in Wisconsin who live with HIV don’t know they are infected — a percentage higher than the national rate, DHS data shows. Federal health officials said diagnosing the disease early and preventing its spread will help stop new infections by 2030.

"The plan is to get the new infections down by 75 percent in five years and by 90 percent in 10 years," explained Anthony Fauci, director of the National Institute of Allergy and Infectious Diseases, during a call with reporters.

Resources will be targeted to 48 counties in the U.S. where more than half of all new cases were diagnosed in 2018.

In 2018, there roughly 38,000 new HIV infections diagnosed. Federal health officials categorized the new cases by county instead of population, so instead of having a per capita count, researchers have a geographic tally that indicates where they should focus their efforts.

"I will say when we originally did this and I saw the map of those counties I was shocked it was only 48 counties out of over 3,000 counties in the United States. We had a very geographically focused outbreak," said Robert Redfield, CDC director.

In addition, officials say resources will be focused on seven states in the south that have high rates of HIV transmission in rural areas.

The AIDS Resource Center of Wisconsin said education is key, along with clean needles, condoms on demand and access to medication to lower the chance of high-risk individuals becoming HIV infected — that treatment is known as pre-exposure prophalaxis or PrEP. Federal health officials estimate only 10 percent of those who could benefit from PrEP are using the prevention measure.