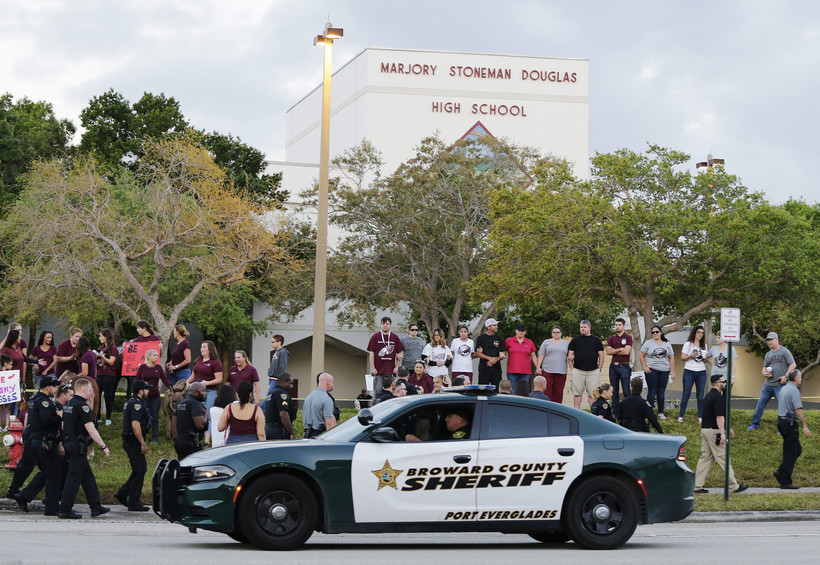 Some Students May Not Be Able To Adhere To Methods Used In Active Shooter Scenarios
By Elizabeth Dohms
Share:

When students are evacuated from school during an active shooter scenario, police may request students come out with their hands up.

But that wouldn't be possible for someone like Sally Flaschberger's son, whose disability prevents him from raising both of his hands.

Protocols in place at schools for such situations don't go far enough to account for students with disabilities, said Flaschberger, Disability Rights Wisconsin special education advocate who is lobbying for more inclusive responses to active shooter scenarios. Flaschberger's request comes at a time when shootings such as the one in Parkland, Florida in February that left 17 dead are fostering a groundswell for change in gun rights.

Whether suffering from a physical or emotional disability, some students might not be able to adhere to the generic run, hide and fight method often touted as the go-to response for students involved in an active shooter scenario.

Some kids, for example those in wheelchairs, can't run and may have more difficulty hiding than other students, she said. Students with sensory issues might be inclined to vocalize when safety protocols would recommend students stay quiet.

"They may be in a more fight-or-flight mode, and they may flee, but not in a safe manner," Flaschberger said.

In expectation of that, individual schools and parents should be talking about ways to keep all students safe, Flaschberger said.

"If you don't have the conversation, you may be planning with the regular protocols, but having that conversation at least brings a light to a team of people and what they're going to do for those individual students," she said.

Protocols for other disaster situations such as fires are already in place. For example, fire departments know where to find students with disabilities when responding to a fire.

Many schools across the state are developing updated safety plans after Gov. Scott Walker signed a $100 million school safety measure for schools to upgrade security in the wake of recent school shootings.

Disability Rights Wisconsin is looking for ways to advance the bill's impact on students with disabilities, after lobbying for language in the bill failed to do that.

"We did ask that as part of the school safety plans that there would be a provision added to the bill that would require schools to have a plan for students with disabilities," Flaschberger said. "So that did not get in there."

Walker previously said those dollars can be used for physical changes to the buildings or for other safety measures such as hiring school safety officers. The grant program will be administered by the state Department of Justice.

"We are considering reaching out to DOJ, but they have not assigned the person who is necessarily in charge of these grants yet, to just kind of talk to them about students with disabilities and maybe what they can be looking for as people start to apply for these grants," she said.

In the meantime, Flaschberger recommends that parents looking for clarity on how their students will be protected should reach out to school districts either through the special education director or superintendent and school board members.

"I think it will be a local decision, how these plans are put in place," she said.