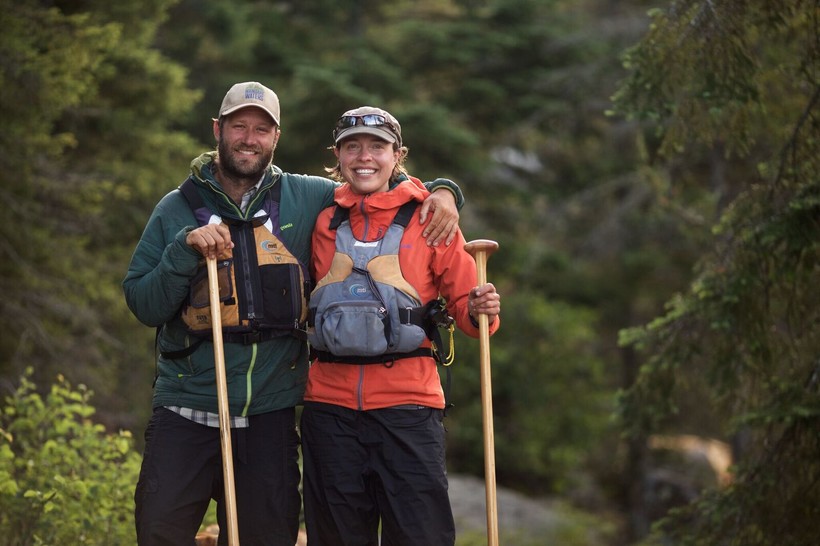 Photo by Nate Ptacek and courtesy of Dave and Amy Freeman

Living In The Wilderness For A Year

Dave and Amy Freeman have traveled more than 30,000 miles by canoe, kayak, dogsled and foot, crossing North and South America, visiting both the Amazon and the Arctic.

But the Minnesotans' most recent trek was much closer to home: a year-long journey through the Boundary Waters straddling the border between Minnesota and Ontario.

"The Boundary Waters is truly like no other place," Dave Freeman told WPR's "Central Time." 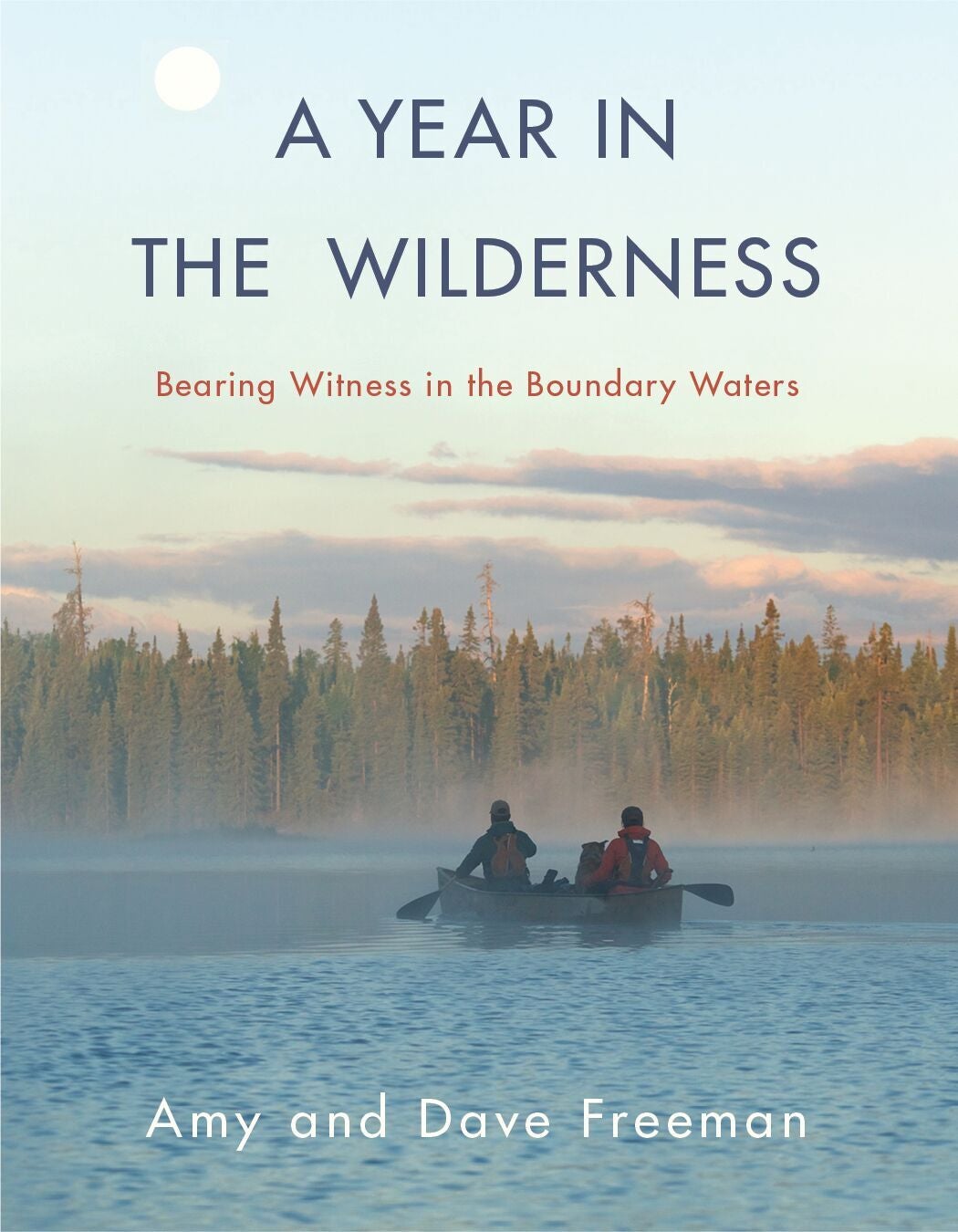 The Freemans’ new book "A Year in the Wilderness: Bearing Witness in the Boundary Waters," tells the story of their year-long trip.

From Sept. 23, 2015 through Sept. 23, 2016, the Freemans lived in and traveled through the bogs, forests and waterways of the Boundary Waters. They documented it all on their blog to "let others live vicariously," Amy Freeman said.

The couple’s adventure was more than just another item on an impressive outdoor-adventurers’ resume that includes a three-year trek across North America and the distinction of being two of National Geographic’s Adventurers of the Year in 2014.

"When we heard about the proposed mines near the edge of the wilderness we started to get concerned. This type of mining has a terrible track record of polluting ground and surface water," Amy Freeman said.

The Freemans grew up near the Boundary Waters. It was their first exposure to wilderness as children, and both explorers now work there as guides. The natural area is particularly precious to both of them. 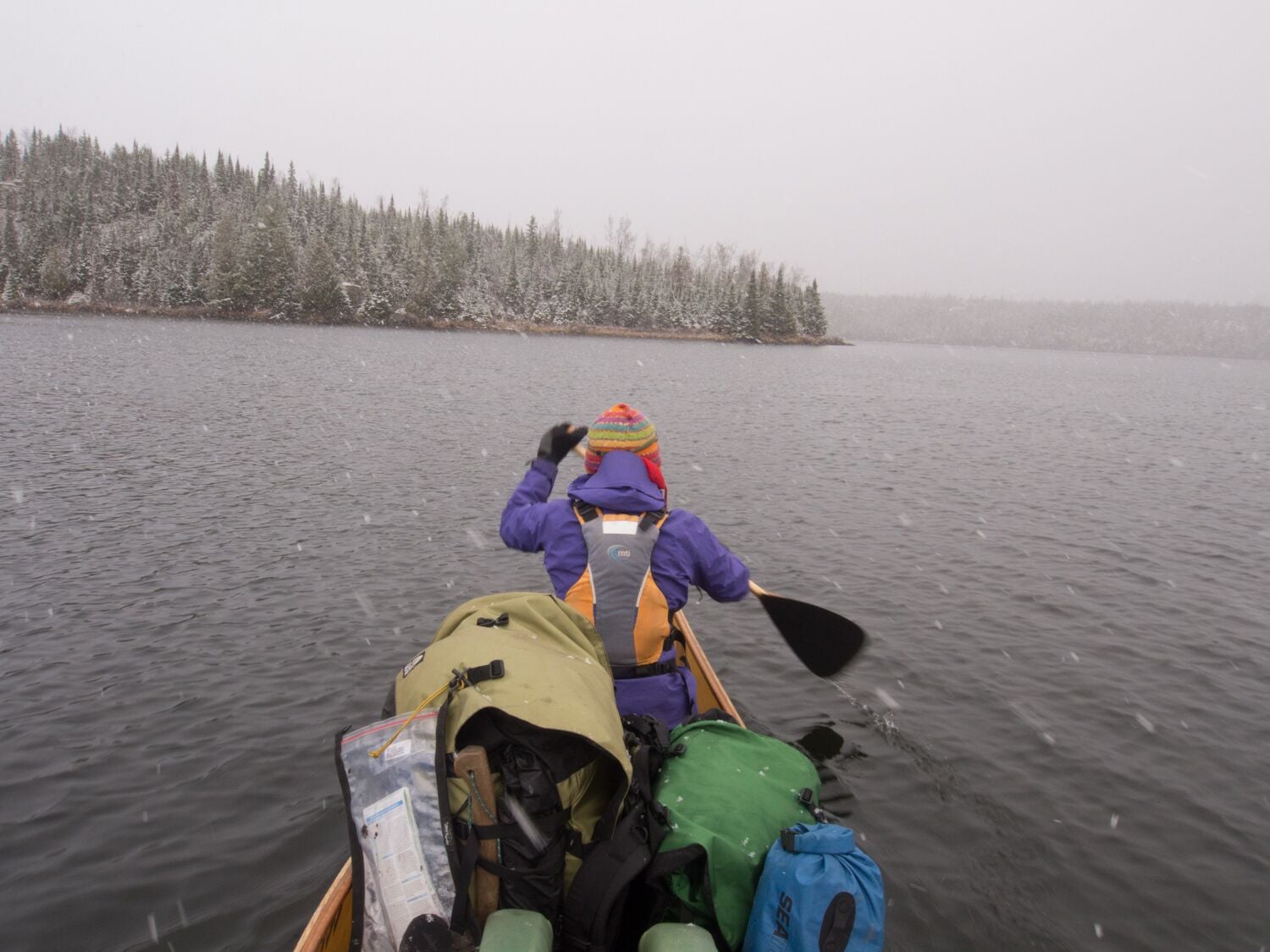 At more than 1 million acres, the Boundary Waters is the largest wilderness area east of the Rockies and north of the Everglades, and some say it’s the most-visited wilderness area in the United States.

"We aren’t lawyers. We don’t have a lot of money. We’re not scientists. So the way we could get involved was by using our skills of traveling in the wilderness and storytelling," Dave Freeman said.

By displaying the expanse and natural beauty of the Boundary Waters throughout all four seasons, the Freemans hoped to raise awareness of what exactly could be harmed by proposed mining in the area. As Dave put it on his second-day blog post, the aim was to "speak loudly for this quiet place."