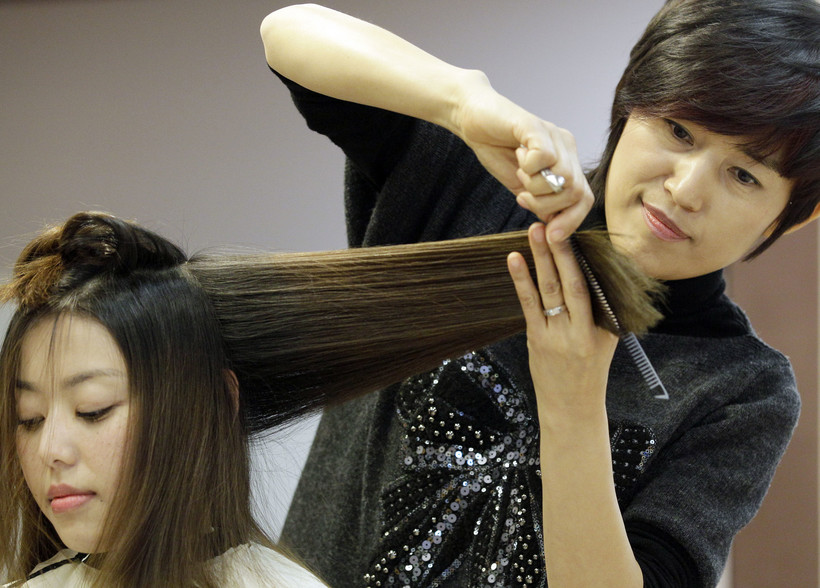 Imagine a skilled barber. They’ve learned the trade from others, and are as talented as their colleagues in the business.

Here’s the kicker: They’re unlicensed, and can’t afford to go through the required coursework to get licensed.

Wisconsin State Rep. Rob Hutton, R-Brookfield, said this scenario is more common than many may believe.

He is one of the authors of a bill that would create a council to review occupational state licensures to revise or repeal them.

"We really believe that the more opportunity for individuals to enter the workforce, the better," Hutton said. "And this is potentially some inhibitor to doing that we think should be, if not removed, at least reviewed."

Licensing practices prohibit individuals from practicing without a certain amount of schooling and experience. In Wisconsin’s barbering industry, that’s 1,000 hours of barbering school and a 32 hour per week apprenticeship.

As William L. Frederick writes in "The History and Philosophy of Occupational Licensing Legislation in the United States," occupational licensing started out as a way to give consumers protection against practices potentially dangerous to health and public safety or economically exploitative.

Hutton said he still sees value in licensing for health-related professions, such as nursing.

"I think the general public looks at those and says, we understand the need for some type of license requirement there because there certainly is a direct correlation to public safety," Hutton said.

But he views professions such as cosmetology as potentially "self-regulating." He said in those cases, licenses are more of a barrier to employment than a matter of regulating public health.

The industry knows the necessary requirements better than the government ever could, he said.

"Hypothetically, let the cosmetology industry set up its own standards, its own certification," he said. "And allow those individuals who have an interest in that certification go through that specific training that the industry has decided is important."

A 2015 report on occupational licensing from the U.S. Department of the Treasury Office of Economic Policy, the Council of Economic Advisers and the Department of Labor found the number of U.S. workers holding such licenses has risen sharply.

However, according to the same report, Wisconsin’s workforce already holds less occupational licenses than average and requires less education to do so — just 145 days in the classroom compared to a high of more than 700 in Hawaii. Only three states required less.

Wisconsin’s occupational licensing regulations hike the cost of service, costing consumers an extra $1.93 billion per year, according to the Milwaukee-based think tank Wisconsin Institute for Law and Liberty.

Hutton is careful to note the bill wouldn’t mean the automatic repeal of any regulations. But the entire licensing practice deserves review, he said.

"It’s just good policy any time government enacts a law or a statute that we review over a period of time to make sure that change is still relevant, still beneficial," he said. "And that’s, in essence, what this council would do for our state licensures."