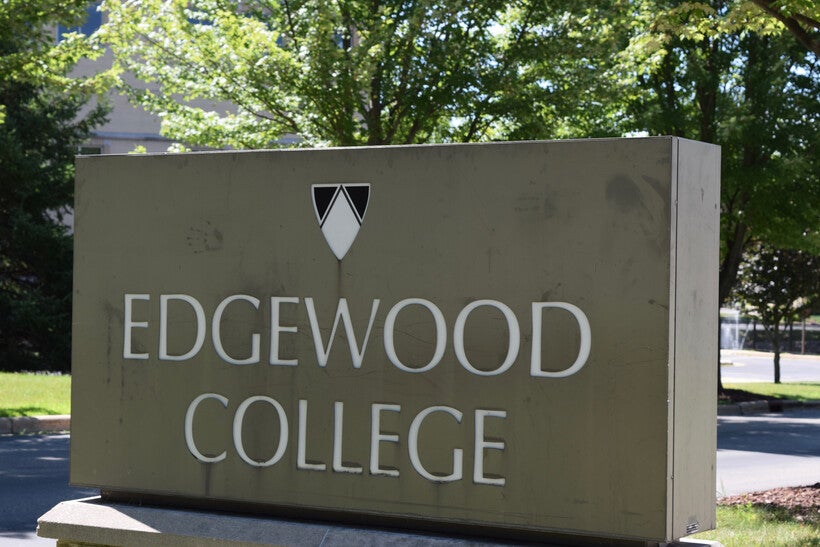 After years of lobbying, LGBTQ students at Edgewood College in Madison have a space of their own on campus this semester.

LGBTQ students had used Edgewood’s Women and Gender Studies Office as an informal meeting space, but they lost it about a decade ago when that office moved, as the college’s student newspaper first reported.

It took years for students to get this new space, which was partially because they had to reject several inappropriate ones, said Lisa King, a philosophy professor who has been helping students push for a center.

"The folks who were proposing it weren't thinking of the symbolics of it. Like, almost a literal closet. You don't really want to shove the LGBTQ students back in the closet," King said, laughing. "The one I'm thinking of in particular was so far out of the way, you might as well have been telling them that they didn't belong on campus, when exactly what they were looking for was a sense of belonging."

Sean O’Brien, a senior at Edgewood and president of SAFE, an LGBTQ student group, said the new Queer Student Center has made him feel much more at home on the Catholic school's campus.

"Every once in a while, you'll have a student on campus say a derogatory remark," O’Brien said. "It's nice to actually have someplace where you can go, and know no matter what, you're accepted and you're valued and you're loved, because the fight isn't over."

Edgewood's Catholicism does affect the center in some ways. Students wanted to provide condoms there, but weren't allowed because of the Catholic Church's opposition to contraception.

O'Brien said personally, he's not religious, but he feels torn between wanting independence for the center and respecting the students who chose Edgewood because of their religion.

"I want to make sure that it’s open and available to everyone,” he said.

The Roman Catholic Church's stance on LGBTQ identities remains controversial. The Diocese of Madison's guidance on homosexuality condemns discrimination against people who are gay, but it also says that "homosexual acts" are "intrinsically disordered."

"Persons with same-sex attraction are called to chastity," according to the guidance document. In other words, to refrain from sex with the people they are attracted to.

The late Bishop Robert Morlino, the former head of the Diocese of Madison, was known for his conservative stance on many issues, including homosexuality. He once linked homosexuality to pedophilia in a response to the Catholic Church’s many sexual abuse scandals.

When asked for comment on Edgewood's Queer Student Center, Brent King, a diocese spokesman, wrote in an email that it was the first the diocese had heard about the center. He then sent a statement from the current bishop, Donald Hying, which quoted him as saying: "The Catholic Church loves everyone; each person bears an immeasurable dignity, created in the image and likeness of God. The rich complexity of the human person includes our sexuality but is not solely defined by it. My hope is that Edgewood College upholds the Church’s teachings in a transformative fusion of love and truth, teachings that set us free to become fully who God has called us to be in Christ."

Right now, the Queer Student Center is relying on donations, but O'Brien, the student leader, said it's possible it will get its own funding from the college next year.