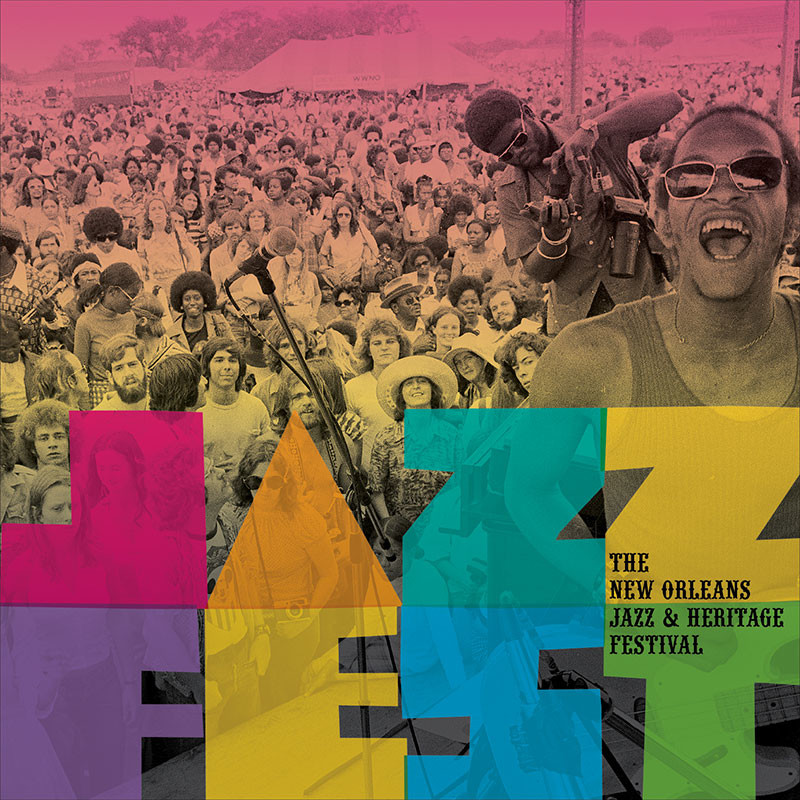 Few music festivals are as rich, profound, and joyous as the New Orleans Jazz & Heritage Festival, now entering its 50th year. With 50 tracks recorded live, Jazz Fest: The New Orleans Jazz & Heritage Festival captures the festival’s ecstatic spontaneity, which defines the essence and vitality of American popular music. Ever since its inception a half century ago, Jazz Fest has exuberantly expressed the unique confluence in New Orleans of Native American, African, Caribbean, European, Hispanic, and Asian communities.

Jazz Fest: The New Orleans Jazz & Heritage Festival delivers the sights and sounds of being at Jazz Fest for those who have not yet been there, and rekindles memories for the hundreds of thousands who return to New Orleans year after year. 5 discs, over 300 minutes of music!  Contact Seth Langer at langers@si.edu with questions or comments.

Learn more about the set from Rolling Stone, Relix, and Jam Base!