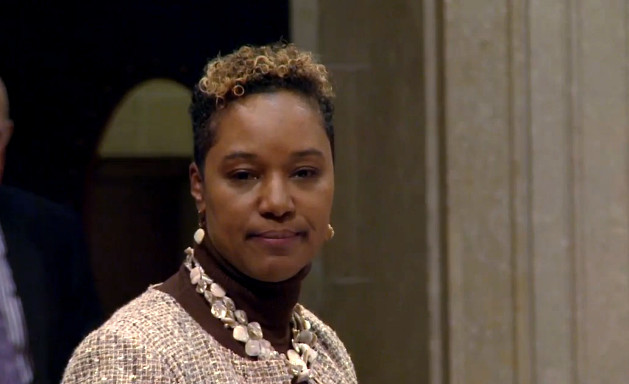 State Sen. Lena Taylor says she's once again pushing for legislation that would modify or remove the box on job applications asking about an applicant's criminal record.

According to the National Employment Law Project, 1 in 4 Americans, or roughly 70 million people, have a conviction or arrest history, in most cases for nonviolent offenses.

When an applicant checks a box acknowledging that they have criminal record, critics argue, an otherwise-qualified candidate is unlikely to advance in the job interview process. What's more, many advocates of "banning the box" say asking about criminal records unfairly impacts African-Americans and other minority groups.

Taylor, a Democrat from Milwaukee, said she believes the people who would benefit from a "ban the box" law are "some of the most hardworking and loyal employees, because they understand the value of a second chance."

The senator said she favors banning the box altogether, but would be willing to propose legislation that would look similar to Minnesota policy in order to gain bipartisan support. In 2014, Minnesota Gov. Mark Dayton signed a "ban the box" law that, according to the state’s Department of Human Rights, "requires an employer to wait until later in the hiring process — at the interview stage or when a conditional job offer has been extended — before asking the applicant about their criminal record or conducting a criminal background check."

Said Taylor: "I'm open to whatever we might be able to do to move the ball arguably in the right direction."

The Capital Times reported Tuesday that legislation proposed earlier this week by Republican lawmakers to overhaul the state’s civil service system includes its own "ban the box" provision. Taylor said she would be willing to work with the legislators on that provision, but added: "I don’t know if I agree with the revamping of the civil service system in the way that they’ve outlined."