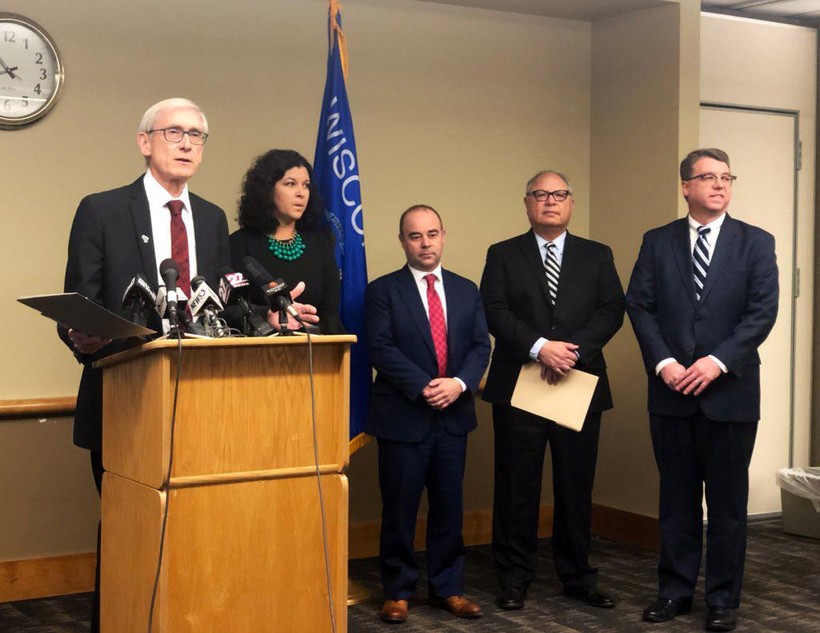 Earlier this month Republicans on the Legislature’s budget committee voted for increases in title and registration fees which is expected to bring in $393 million in new revenue for transportation costs. The amount is about $200 million less than Gov. Tony Evers’ proposal, which included components like an increase to the gas tax and fees on heavy trucks.

With the full state Legislature gearing up to review the state budget, Wisconsin Department of Transportation Secretary Craig Thompson recently spoke with WPR's "The Morning Show" host Kate Archer Kent about where the transportation budget stands.

Kate Archer Kent: At a recent WisPolitics event you called this recently approved transportation budget far more responsible than those you've seen in the recent past. Why is it more responsible?

Craig Thompson: It brings in some ongoing, new revenue to pay our bills as we go and relies less on the credit card. So from those two standpoints it is more responsible than the last, I'd say, five budgets or so where we pretty much kicked the can down the road and put more on the credit card and put ourselves in a worse situation.

KAK: Under the Republican plan, all counties would be treated the same when it comes to public funding. Given your previous work for the Wisconsin Counties Association, what is your take on that?

CT:  I do think that the counties as well as the cities and towns are in a very difficult situation and trying to keep up maintaining their systems. I think the increase that we've proposed which was a 10 percent across-the-board increase and then a smaller increase for the local improvement program is certainly helpful. And I think it will move them in the right direction. What the Joint Finance Committee did was also talk about a one-time infusion of $90 million from the general fund into the local improvement program, and that's something that while needed, it's not sustainable and it's just kind of a one-time bump.

KAK: Let's take a moment to go inside the DOT. Let's say you have these infusions of dollars for more projects. How soon can you ramp up and get these road projects underway?

CT: Where we proposed to spend the bulk of the money, and I'm thankful the Joint Finance Committee kept a lot of these priorities in place, was really to start fixing what we have first. So $320 million of the revenue would go into what we call the state highway rehabilitation program. So that would be going to work on our two-lane highways throughout the entire state. We would begin doing that almost immediately. We have a six-year schedule of projects and we were able to, with this money, move in 111 new and another 100 move up in the queue so that we could begin getting those done earlier in the process. So we believe with this budget we will be able to start fixing a lot of our two lane highways in the state.

KAK: As you talk with counties, what concerns them in terms of their roads and their transportation infrastructure?

CT: I think what concerns the counties is simply, you know, if you look at the amount of miles of roads we have in the state, almost 90 percent is under local jurisdiction. And a good part of that is counties. And so with the revenue that they've got coming in right now, both from the property taxes they are able to raise and then the money they get from the state for general transportation, a lot of them are on a schedule to replace their roads that is, if you just do the math and the amount of resurfacing they're able to do each year, they're on a schedule of over 200 years to replace the roads that are engineered to last you know 30 to 40 years. So it's a real concern that they're trying to keep up and do the best they can to keep the roads drivable. But they're in a significantly difficult situation.

KAK: What does the future hold for tolling? Is it back on the table?

CT: I think it's something that is worth, there was an initial study done in previous budgets and this study if it stays in would allow us to look at vehicle miles traveled and tolling. The thing is, right now we would be unable to just go toll our interstates. There is a prohibition on that from the federal government. They do allow tolling of bridges and they do allow tolling of when you add capacity to toll that additional lane, and there's some other pilots that you can apply for. But we couldn't simply just toll the existing interstate system. So I think it's going to depend upon somewhat if Congress changes some of the rules at the federal level as well as what the appetite is here as we study it more moving forward. 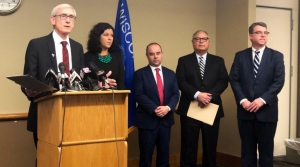 As state lawmakers weigh the budget, we turn to the secretary-designee of the Wisconsin Department of Transportation to discuss fee increases approved by the Republican-led legislature and the rejection of the governor’s gas tax proposal. We also look at the future of road funding.