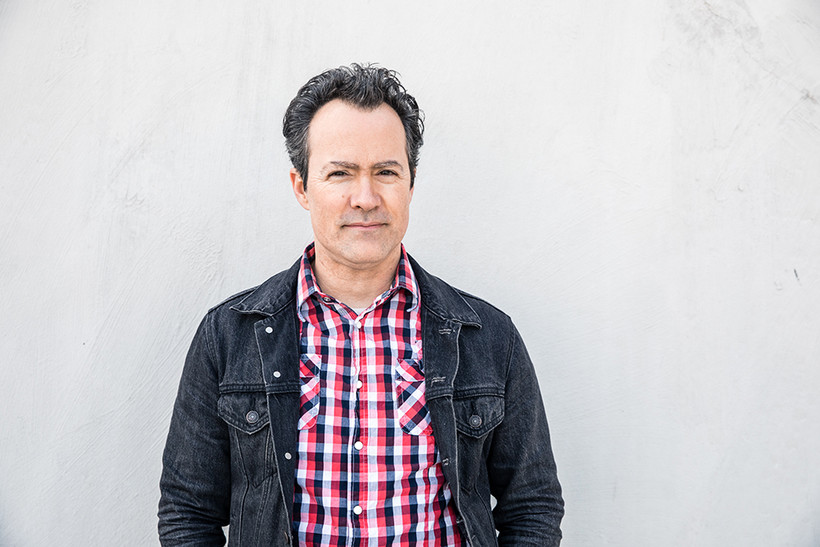 Learning To Code: Clive Thompson On The Life Of Coders

From your favorite apps to your social media scrolling to your car, chances are you interact with the work of a coder daily. Software shapes nearly every component of day-to-day life and it needs to be written by a coder.

Tech journalist Clive Thompson set out to investigate just who makes up this community of programmers and to explore their impact in his book, "Coders: The Making of a New Tribe and the Remaking of the World."

"Coders" sifts through the history of coding and its ramifications to our present and future. The book also pulls back the curtain on the mentality it takes to code. Thompson told WPR’s "BETA" that he unlocked a through-line across the philosophical traits that draws people to this line of work.

"People who get drawn to coding ... they're pretty good at being logical and systematic. They love solving puzzles by breaking them down into little steps," he said. "They're very precise people. You have to be when you're coding. If you put a semicolon in the wrong place, 10,000 lines of code can just stop working instantly."

Coders are also obsessed with efficiency according to Thompson. Unlike other practices, coding is binary. Either it works or it doesn’t. The cleaner, quicker, or more efficient way to get things to work is how coders separate themselves.

"They love getting in there and figuring out how to automate that, how to speed it up, how to torque it up and it just brings them a special spiritual joy," Thompson said. "They feel appalled when they see something being done inefficiently and they love the feeling of 'Hey I wrote the code that sped this up.'"

Thompson also deconstructs the image pop culture paints of the coder as a hooded mastermind sitting with a laptop creating the next revolutionary app. He suggests that a large percentage of coding work entails mind-numbing detective work of fixing or improving existing code.

"Most of them are just showing up at work and something stopped working or someone tried to add a new feature and it broke everything and they are just in there trying to figure out what went wrong," he said.

Thompson explains the curious mindset coders need to have to excel at this kind of work. He likens it to the "flow state" that MIT professor Mihaly Csikszentmihalyi coined.

"It requires you to sort of build this mental palace in your head," Thompson said. "It can take many minutes or even many hours of looking at the code and stepping through it in your mind to be able to inhabit exactly what's going on. And it's only at that deep, deep, deep immersion that you can begin to really do the hard work. And once you're in there you want to stay there."

That can be tough in the typical office environment.

"I would hear coders tell me that they go to their job during the day, but because of all the meetings and people tapping them on the shoulder, they really can't get any of that deep dive work done. So they do little bits of work during the day but the hardcore stuff happens at eight o'clock at night. They get home and they get in that trance and they're there until three or four in the morning and that's when the real work gets done," Thompson said.

Thompson likens this trance-like state to similar creative episodes that most artists go through. He compares coding to poetry in the sense that they're both attempting to express so much while being very economical with words.

"There's this elegance and economy and parsimoniousness to good coding that is really a delight and joy to a lot of coders," he said. "You know who would've been great? Emily Dickinson."

While the famous poet may not have learned to code, Thompson thinks having a basic understanding of coding could elevate any profession.

And while learning to code might be good advice, earlier this year it became a nasty social media taunt to troll laid off journalists. As a journalist working on a book about coding, Thompson thought that was a bad faith argument.

"They took something that you know was otherwise a perfectly inoffensive and even nice piece of advice and they were just using it to mock what they perceived to be the uselessness of journalists," Thompson said. "As it happens I actually think a lot of journalists would be quite good at it."

Coding has also seen its fair share of underrepresentation when it comes to diverse and female coders. Ironically, this wasn’t always the case, especially with women. Women were some of the pioneers of coding.

"In the early days, no one knew how to code," Thompson said. "So if you were a university or company that had a computer and you needed coders, you would hire anyone who was just kind of good at solving puzzles or logic and then train them on the job. That meant it was a very open door and a lot of women were perfectly good at puzzle-solving and logic walked in."

That dynamic shifted as software became more crucial to the infrastructure of companies and software experts needed to be vice presidents. That’s when the opportunities for women hit a wall. Thompson said it has been a long journey back for women, but there’s been an uptick in recent years.

"There’s definitely way more women flowing in to study computer science right now," he says. "What remains to be seen is whether or not the industry itself can evolve to accommodate all the women who are graduating and want to move into those significant roles."

There’s a similar concern when it comes to African American and Latino coders and Thompson argues that underrepresentation is hurting major sites and software.

One reason for such delayed reactions to harassment on social media platforms like Twitter and Facebook is mainly that the coders and designers were young white males who didn’t "deal with a lot of systematic abuse heaped on them because of their identity," Thompson said. "If you're designing software for the broad mass of the public and the world you really want to have people involved in creating it and coding it and designing it who understand all those different use cases."

Coders: The Making of a New Tribe and the Remaking of the World
Author: Clive Thompson
Publisher: Penguin Press (2019)
Binding: Hardcover, 448 pages