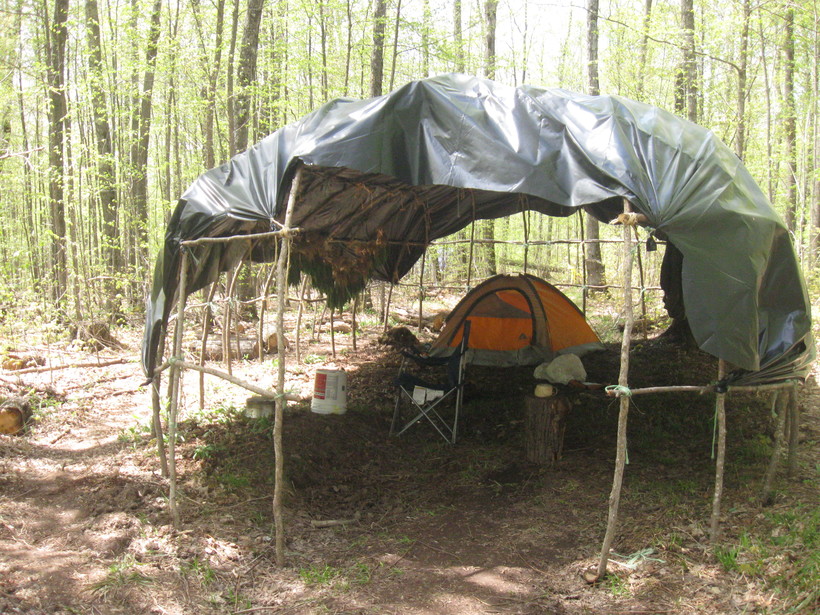 LCO Harvest Camp Near Mine Site Plans To Expand

The leader of the Lac Courte Oreilles Harvest Camp in the Penokee Range says he wants to expand the camp's size seven-fold this summer, and then stay for five years in the area where an iron ore mine is proposed.

The founders of the camp have big plans. Tribal Elder Melvin Gasper is organizing the five acre site so they can hunt, fish and gather food as well as educate the public. Now, he wants the five acres to become 35 acres, adding room to harvest maple syrup.

Gasper says this is their way of occupying an area where an open pit iron ore mine is proposed by Gogebic Taconite. He plans to keep it occupied until 2018.

"[The] camp's going to keep on. I'll be here for the winter," Gasper says. "There's a lot of trapping and harvesting to do in the winter, too."

Legally, the Harvest Camp is in a gray area. They've gotten a one year variance from Iron County to operate, but beyond that, it's uncertain. The Treaty of 1837 gives them the right to hunt, fish and gather in the ceded territory of northern Wisconsin, but one tribal official says they may need Iron County's permission.

Meanwhile, Gasper says with the exception of the theft of some tribal flags recently, things have been peaceful. But they are protecting themselves.

"We have our security forces out every night watching everything, and [they] have cameras," he says. "At night, when people come by the camp, smile pretty, because the cameras are going to be flashing for you."

Gasper says everyone's welcome to tour the camp and walk their trails.