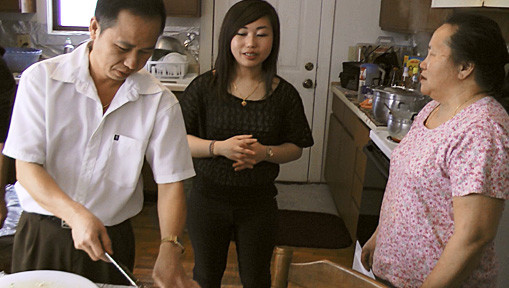 Appleton's Lawrence University is launching a film studies program and is premiering a series of mini-documentaries on community issues.

The five films are only nine minutes each, but the idea isn't about the actual movies. Instead faculty advisory Catherine Tatge says it's about getting students involved in the community outside of the Lawrence campus.

Tatge is a Lawrence graduate and director who has produced documentaries for PBS. She's now helping Lawrence launch the production end of its film studies program.

"It's not so much the filmmaking - it's the engagement. It's being able to go face to face, meet people in the community, talk to them, understand the issues, and ultimately, the plan is to present this work to the community and to be able to have a conversation around these issues."

The films' topics include homophobia, sex trafficking, immigration, and more. The films debuted last week and a public premiere is scheduled for the fall.