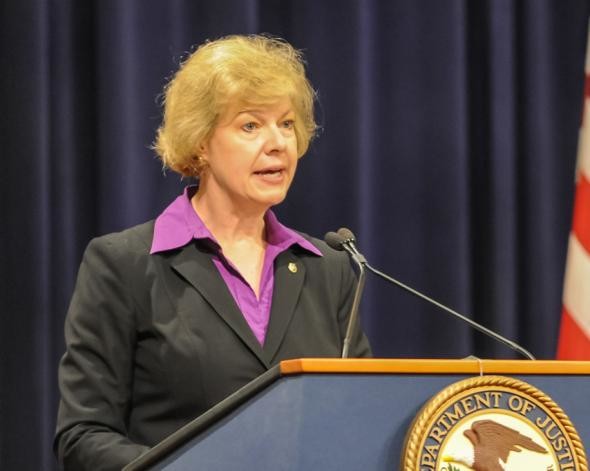 U.S. Sen. Tammy Baldwin joined 23 other senators in a letter to the Food and Drug Administration about the current blood donation policy for men who have sex with other men Monday.

"The safety of our blood supply is paramount, but I feel a science-based policy is going to be much better than the outdated, unwarranted policy that exists today," the Democratic senator said.

The lawmakers are asking the FDA to lift the requirement for this group to abstain from sex for one year before donating. The mass shooting at a gay nightclub in Orlando June 13 emphasizes the need to allow gay and bisexual men to donate blood, the lawmakers said.

The FDA instated a lifetime ban of blood donations from gay and bisexual men in 1983 at the start of the AIDS crisis. But in December of 2015, the agency changed its recommendation to defer blood donation to one year since the last sexual contact with another man.

There is an assessment of individual risk factors for anyone who’d like to donate blood in the form of a questionnaire, Baldwin said. Individuals might be turned away because of their questions, but no other groups are turned away in the same manner as men who have sex with men, she said.

"Best science dictates that using those individual surveys, we should make individual decisions about who is and who is not eligible to donate blood," Baldwin said. "I would add also that there are redundancies and safeguards in effect and that every blood donation is also independently tested regardless of the questionnaire that was filled out prior to donation."

Sens. Elizabeth Warren, D-Massachusetts, Bernie Sanders, D-Vermont, and Barbara Boxer, D-California, joined Baldwin, among others. The only Republican to sign the letter was Sen. Mark Kirk of Illinois.