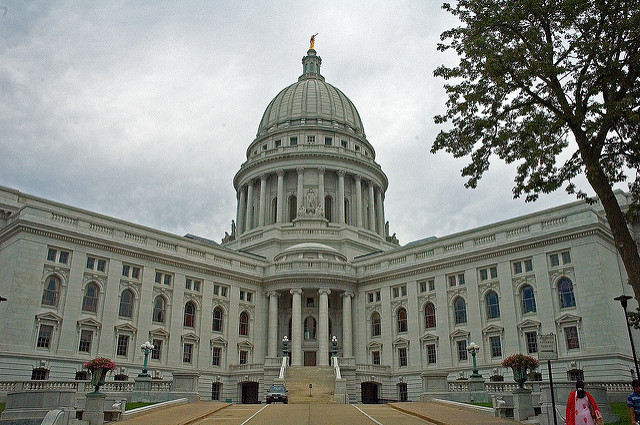 State lawmakers plan to reject Gov. Scott Walker's pitch to move state employee health plans to a self-insurance model. Walker included the plan in his proposed 2017-19 budget the Joint Finance Committee is re-working and voting on.

The announcement to not move forward with the switch was made at a Tuesday afternoon press conference, where Sen. Alberta Darling, R-River Hills, said the change could effect the economy and quality of Wisconsin's health care system.

"I just think there’s not convincing evidence that we need to do that right now," Darling, co-chair of the Joint Finance Committee, said of the change. "In Wisconsin, we have a very healthy health care system, and if we move thousands of state employees, it can really effect the economics of our health care system."

In Walker's proposed two-year budget, the state would pay employee medical bills directly through a third-party administrator instead of paying premiums to an insurance provider. In a press release Monday, Walker said the move would save the state $60 million that would then be invested into education.

"Since taking office, we have sought to reform government to make it more accountable and cost effective to the hard-working taxpayers," Walker said. "Moving to self-insurance is one of these reforms, and we urge the Joint Committee on Finance to approve these contracts and invest these savings into the classroom."

Walker’s office has said 46 states are at least partially self-insured, and 94 percent of employees in organizations with more than 5,000 workers are in self-insured plans.

Rep. Dale Kooyenga, R-Brookfield, a vice-chair of the JFC, told WPR on Tuesday morning that the proposal has a lot of merit and that in general, he "appreciates" the idea.

"We want to make sure that if you move to that model, there’s not a huge spike in commercial rates in any given market, because such a large population is taken out of the market when you do that," Kooyenga said.

Another JFC member, Rep. Gordon Hintz, D-Oshkosh, said he has a lot of concerns about the plan. He noted that unlike Minnesota, which had two plans available to state employees when it switched to a self-insurance model, Wisconsin has 18 plans, which through competition has resulted in savings for the state.

Hintz also said he was uncomfortable with crafting a budget based on savings that may or may not be fully realized.

"Putting a dollar figure on savings is dangerous," he said. "There could be a negative impact on health care access and quality going forward, and I’m not sure what the safeguards are there for our public employees in terms of what they can rely on.

During agency briefings at the end of March, Republican JFC members appeared skeptical to the self-insurance model, questioning whether the savings would be as large as projected and why Walker tied that money to education.

Rep. John Nygren, R-Marinette, said if lawmakers vote down the change, they will identify "similar" savings to the $60 million the governor linked to self-insurance elsewhere in the budget.

"We’re not saying 'no' to savings," Nygren said.

"Wrong direction to dismiss $60 million worth of proven savings at a time when some are asking to spend more on transportation," his tweet read.