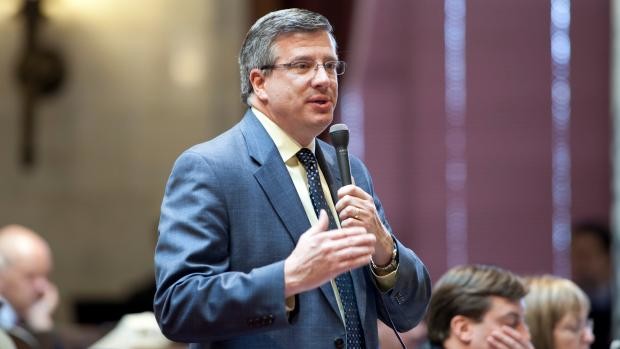 There's no immediate end in sight to state budget deliberations with lawmakers and the governor at odds over how to fund transportation.

There was talk that the legislature's Joint Finance Committee could finish the budget last week, but it appears lawmakers have hit an impasse. Majority Republicans have yet to finalize a deal for a new Milwaukee Bucks arena, they're fighting amongst themselves over what to do with Wisconsin's prevailing wage law, and the Committee Co-Chair John Nygren said they face "significant" challenges over how to fund the transportation budget.

"The Senate, the Assembly and the governor are simply not on the same page, so I guess the bottom line answer would be stay tuned," Nygren said Monday.

"As we look at the projects going on throughout the state, this is a rebuild of what was the interstate and infrastructure system in the 60s and 70s…throughout our entire state," he said. "This problem is not going away."

While Walker has proposed borrowing more than $1.3 billion to fill the gap, Nygren and other Republicans have said they want to look for more sustainable solutions.

"We’d rather look at a solution that solves the problem because we know if we don’t do it this budget, we’re going to be in even more difficult position two years from now," he said. "We look at this as a long-term sustainability issue, not just a two-year budget cycle."

Republicans on the committee have not yet unveiled a specific alternative, but Rep. Dale Kooyenga, another committee member, has said that raising the gas tax is off the table.

Walker has already said he does not want to increase vehicle registration fees or taxes unless they can be offset by tax cuts elsewhere. But Nygren has said that these are options worth considering — and he has not ruled out working with Democrats to overrule a Walker veto of fee increases.