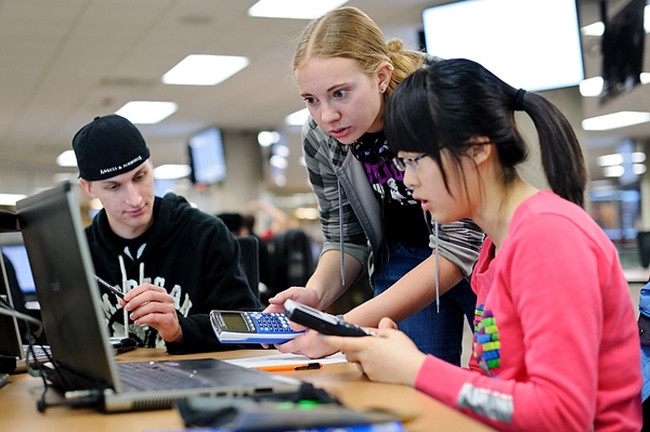 Students work on an in-class assignment in an electrical and computer engineering class at UW-Madison. college.library (CC BY)

Bill Would Offer Grants To Students Who Live, Work In Wisconsin After Graduation
By Laurel White
Share:

State lawmakers are considering a proposal to offer financial incentives to out-of-state students who graduate from University of Wisconsin System schools and stay in Wisconsin after graduation.

Under the bill, out-of-state students who attended a UW System college, university, or Wisconsin technical college would be eligible for state grants if they live and work in Wisconsin for at least two years after graduation.

"We see this as another tool in the tool box to retain and get individuals from out of state,” said Sen. Patrick Testin, R-Stevens Point, one of the bill’s sponsors.

Testin argued the plan would encourage more young people to live in Wisconsin, which would help address the state’s worker shortage.

At a public hearing on the measure, Rep. Jill Billings, D-La Crosse, questioned whether implementing the proposal would be fair to Wisconsin residents.

"They're going to give these out-of-state students an extra push to help them here, and compete against our in-state students who don't have that same opportunity in Minneapolis," she said.

The proposal would authorize the grant program for 10 years and would allow qualifying graduates to receive up to five annual grant payments.

The proposal comes as lawmakers are poised to take up Gov. Scott Walker's plan to spend $6.8 million on a marketing campaign to lure more millennials to Wisconsin.