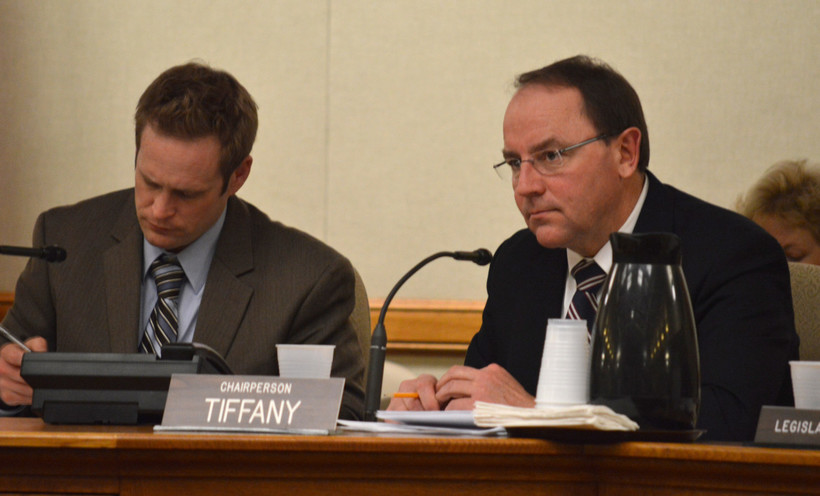 A Republican state lawmaker says he’s thinking about trying once again to create statewide regulations for frac sand mines after legislation to do so failed to pass in the last two sessions.

Rep. Tom Tiffany, R-Hazelhurst, who co-sponsored both of the previous bills, said on Monday that he thinks that the current “patchwork” of local and county regulations is discouraging commerce and entrepreneurship.

“We just want to make sure that there’s consistent regulation that helps entrepreneurs and others to be able to live with their neighbors and be able to foster economic development here in the state of Wisconsin,” he said.

Local towns and villages can now use what are called police powers to set regulations on things like hours of operations and noise levels for frac sand mines and processing facilities. In addition, several western Wisconsin counties have imposed temporary moratoriums on the fast-growing industry, while other local governments have required companies to pay for wear and tear from the extra traffic of sand over local roads.

Tiffany said some of these road use agreements have gone too far, amounting to “extortion agreements.”

“There’s a couple municipalities that have gone too far in demanding hundreds of thousands of dollars from local companies,” he said.

He also said that it was especially important to have uniform environmental standards and permitting regulations, which he said was one of the biggest goals of any legislation he would propose.

At least one Democratic state lawmaker, however, believes the regulations that Tiffany is considering are unnecessary and would remove key aspects of local control. Sen. Kathleen Vinehout, D-Alma, who opposed last year’s attempt to pass statewide regulations, also said she expects that any new bill will have the same problems as the one that was rejected by both Democrats and Republicans in March.

“What they did (in the previous attempt) was take away the ability of local people to say where, when, how, and how much we’re going to do sand mining,” Vinehout said.

Vinehout said the state already has sufficient environmental standards — the staet Department of Natural Resources is just not equipped to enforce them. She said the department needs 31 new employees just to enforce air, water, and other environmental standards governing the mines. Furthermore, she said, the DNR didn't have enough baseline air and water quality data to make science-based decisions about the safety of mines.

Ultimately, Tiffany said the shape and timing of any regulation was still up in the air. Local control, he said, should strike a balance between local government autonomy and protection of residents’ property rights. He said he was still discussing with county and municipal government associations what the best course of action would be, something he’d decide after the start of the New Year.

Vinehout said she expects the bill to be very much like the one that failed this spring, and would be tacked on to the budget to ensure its passage.

“The rumors in the Capitol have been very strong that Senator Tiffany is planning to put this legislation in the budget at the last minute where it doesn’t get a public hearing, where the statewide press is paying attention to a lot of different issues and it’s hard to find that bandwidth for the people and the press to pay attention to this particular issue,” said Vinehout.

Editor's Note: This story was updated with reporting from the Monday afternoon WPR News broadcast.