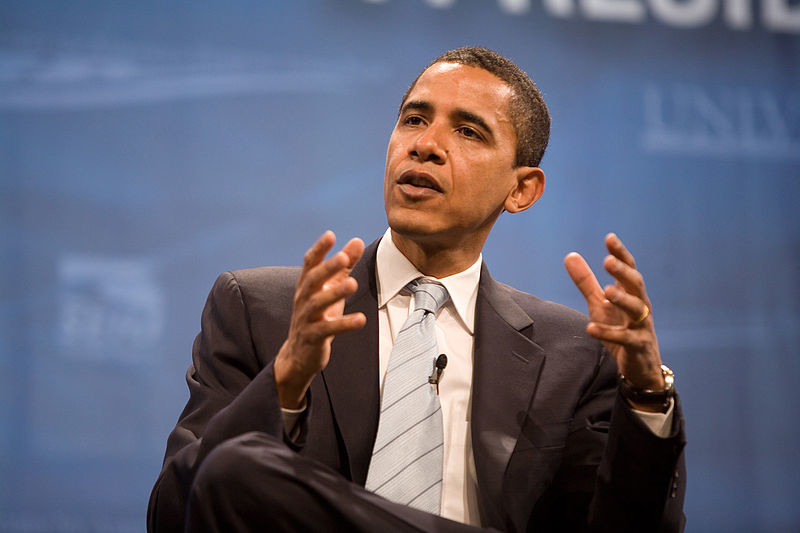 In the leadup to the 2012 election, Republican candidate Newt Gingrich referred to incumbent President Barack Obama as a "food stamps president," one example of a coded racial appeal according to law professor Ian Haney-Lopez.

People won’t hear explicit racial slurs in most political dialogue these days, but according to one scholar, racism is alive and well in U.S. politics -- to the detriment of policies that help the middle class.

Ian Haney-Lopez, a law professor at the University of California-Berkley and author of "Dog Whistle Politics," said that racism has become coded in political discourse, operating like a dog whistle, on two levels.

“On one level it can’t be heard, and on the other, it has a piercing appeal,” he said.

For example, he said, President Ronald Reagan popularized the term “welfare queen” to describe someone who was living well on government money. And in the lead-up the 2012 campaign for president, Republican contender Newt Gingrich described incumbent President Barack Obama as a “food stamp president.”

“On one level, this isn’t about race at all, which is important because it allows politicians using the term to deny that they had any racial intent whatsoever,” Haney-Lopez said. “But on the other, a term like ‘welfare queen’ or ‘food stamp president’ … is a way of triggering racial appeals and racial fears.”

The silent nature of the initial appeal, he said, also allows politicians who use it -- mostly Republican, he said -- to accuse their own critics of being racist if they call out the racist undertones of terms like “welfare queen.”

And Haney-Lopez said this coded racism has been used to drive voters to support policies that harm the middle class, by distracting them from economic inequality.

“All of these terms … say to the broad middle class that the big threat in your life is these scary, lazy, criminal minorities who are siphoning off resources from government,” Haney-Lopez said.  “The ‘you’ is implicitly the white, middle class, hard-working American who is playing by the rules but who sees things slipping away, who sees himself being taxed heavily, and needs to figure out who’s at fault.”

And that fear, he said, is used to tell voters, “Cut taxes, because your taxes are being wasted on these undeserving minorities.”

Specifically, he said Reagan used ‘welfare queen’ to gain support for massive tax cuts -- which, he said, transferred more than $1 trillion to the richest 1 percent.

What about voters who genuinely want to discuss smaller government, or lower taxes? Haney-Lopez said it’s possible to still have that conversation, without racism.

“It becomes incumbent on that person advocating small government to explain why smaller government is going to be helpful to a broad range of people, and to really defend it with evidence,” he said. “Argue for them on the basis of evidence.

“Don’t have the argument for small government in terms of cultural provocations," he said.