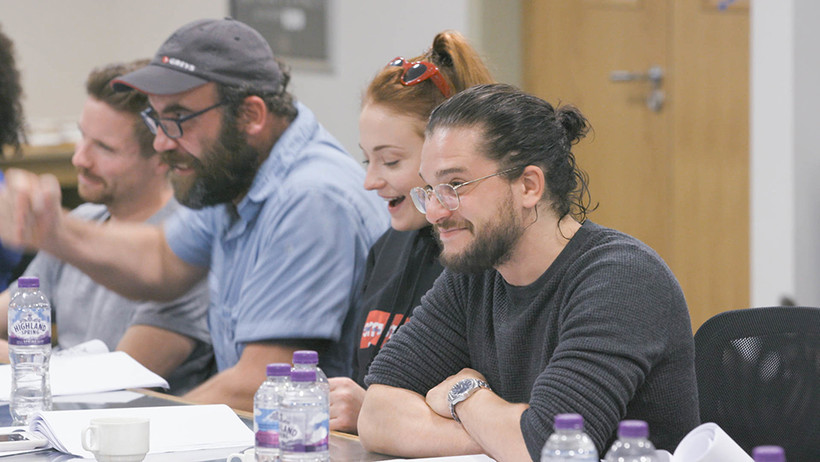 Warning: This article contains spoilers for the final season of "Game of Thrones."

In May, HBO wrapped up production on its biggest, and arguably most popular series, "Game of Thrones," after eight seasons. Filmmaker Jeanie Finlay landed the opportunity — or challenge — of a lifetime to document the production of the final season.

To make her film, "Game of Thrones: The Last Watch," which HBO premiered the week following the finale, Finlay embedded herself and her small team with the notoriously private "Thrones" production crew in Northern Ireland and Spain, capturing more than 950 hours of footage.

Finlay tells WPR’s "BETA" that focusing on the crew was integral to her film’s narrative.

"There’s a crew of 2,000 people making 'Game of Thrones' so it seemed important to me that we had some of the cast in it, but that it wouldn’t always be focused on cast," she said.

The show was already a pop culture behemoth with an established behind-the-scenes unit, so Finlay wanted to alter her angle to distinguish "The Last Watch" from the usual creator and cast interviews that audiences were already familiar with.

"My approach was, can we find some people that you’ve not met before and get to know them over a season?" Finlay said.

Finlay spent the first four to six months of filming identifying who she was going to focus her documentary on. From the boisterous stuntman turned Night King actor, Vladimir Furdik, to the soft-spoken series director, David Nutter, Finlay locked onto a series of faceless artists and crew that serve as the pillar of the show.

The real scene-stealer, however, is Belfast native and extra, Andrew McClay.

McClay was a giant fan of the show and seemingly dropped into Finlay’s lap out of central casting. "The Last Watch" finds so much charm following McClay's hilarious and touching exploits as he works his way toward screen time as a Stark guard.

"When I met him, it’s like falling in love," Finlay said. "He’s funny and charismatic. He’s got an amazing face and he’s just generally brilliant to be around."

Finlay tracks McClay’s story and the stories of several crewmembers as they all work toward the inevitable final day of working on the show.

"I was very intrigued that 'Game of Thrones' was coming to an end. So, it had an emotional destination and I could really feel that all season long," she said.

As actress Emilia Clarke, who plays Daenerys Targaryen on the show, says in the film, "My heart is in my throat when I think about this not happening much longer."

Finlay catches a lot of intimate moments with the lead actors throughout the film including the arresting scene when Kit Harington, who plays Jon Snow in the series, finds out his character murders Clarke’s during their last table read.

"It was really fascinating watching Kit experiencing that in real time. I had gotten a heads up that he hadn’t read it and so I was like, 'Oh hello, this is gonna be great,'" Finlay exclaimed.

For a while, it looked like Finlay was going to miss out on this magic moment as she wasn’t allowed to film the table reads due to the secrecy of the production and protection against script leaks. Finlay sat down with show creators David Benioff and Dan "D.B." Weiss and convinced them to let her in the room.

As fascinating as the table read footage was, Finlay argues that it was somewhat expected. She instead relishes the unpredictability of the smaller stories and moments featured in the film.

"I think the best things in a documentary are when things take you by surprise and you feel like you’re watching the finished film," she said. 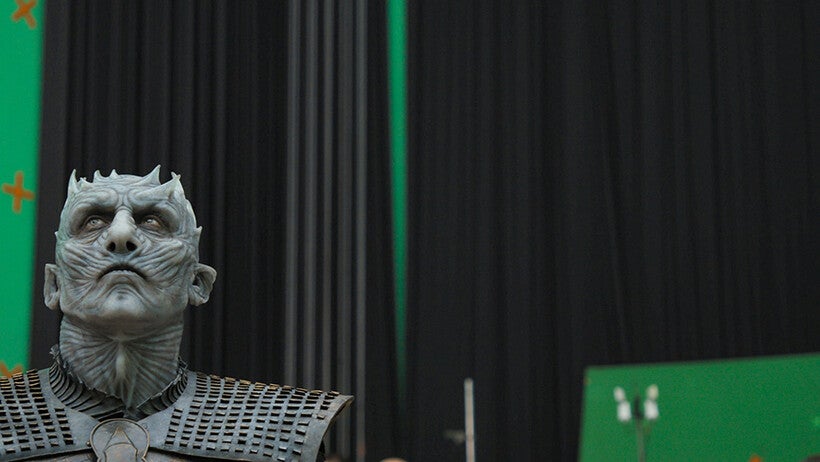 Vladimir Furdik, a stuntman, as The Night King on the set of "Game of Thrones" during the filming of season 8. Photo courtesy of HBO

Her decision to focus a bulk of her documentary on the crew proved wise. While there were mixed reviews for the final season of "Game of Thrones" from a storytelling perspective, there was little debate about the grand spectacle and craftsmanship each episode displayed.

For her part, Finlay says she would be "lying" if she wasn’t worried that the lost momentum or negative fan reaction to the closing season of "Game of Thrones" would impact the reception of her film.

"I was petrified, I’ve got to say," Finlay said. "Then people started making memes of my film and it just felt like the ultimate validation."