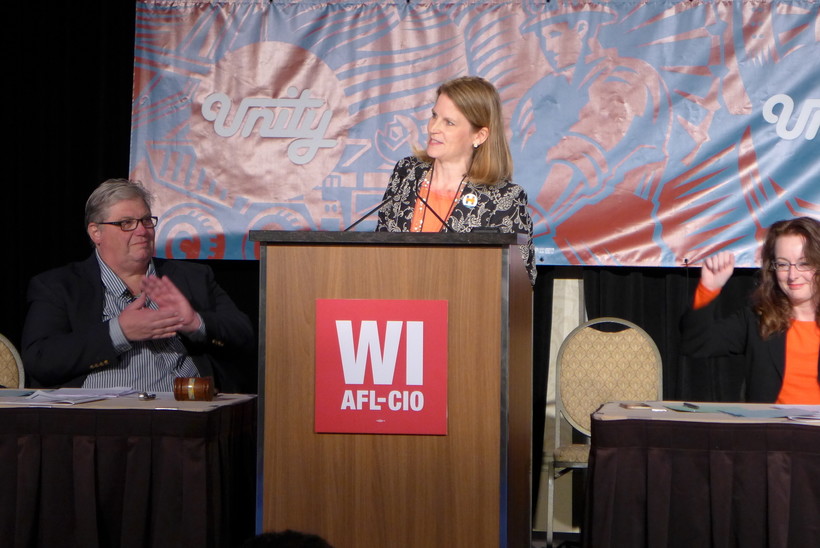 National AFL-CIO Secretary-Treasurer Liz Shuler told leaders attending the state AFL-CIO’s unity conference that as more women become the primary breadwinners in their families, they're finding they have little or no say over how they spend their time. She said a lot of factors are driving that, from employers who make unpredictable schedules to high day care costs to a lack of access to paid sick leave.

"We can win paid sick leave and paid family leave and quality childcare and show that these are priorities for the labor movement because they are wage issues," Shuler said. "They're key economic issues."

Shuler said women were taking on more responsibility in the workforce even as they're still disproportionately the primary caregivers of their children and families.

"For far too long, society has quietly accepted these demands on women as inevitable," Shuler said. "Well, they're not.  And we have to make quiet acceptance the enemy."

While the issues highlighted by Shuler are hardly new in Democratic politics, she said their chances of becoming law would be better than ever before should Hillary Clinton win the presidency.

Shuler said her pitch was especially timely this year, with women expected to play a major role in choosing the next president.