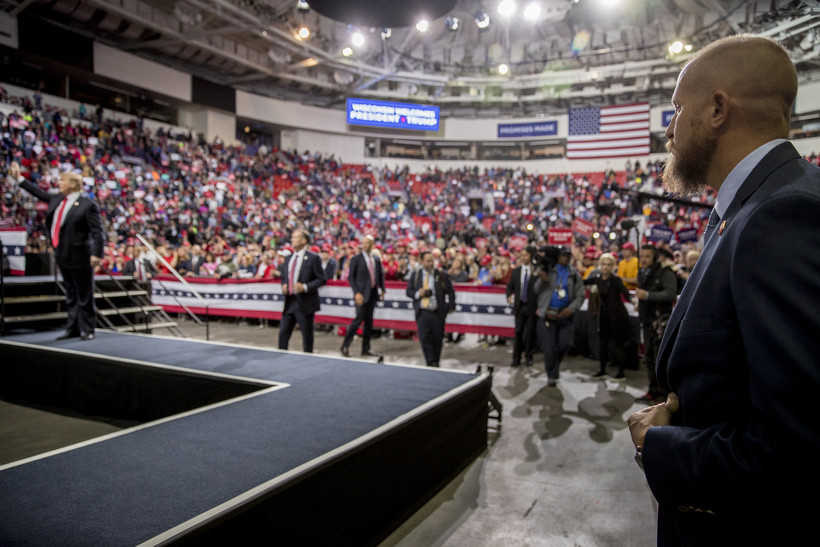 The policy announcement this week said presidential campaigns will be required to pay 50 percent of anticipated expenses associated with their campaign visit before the event.

Sgt. Tom Walsh said the community has seen an uptick in presidential candidate stops in the last few elections.

"While it's really an honor to have these campaigns stop in La Crosse and recognize La Crosse as vital on the campaign trail, it does come with an added cost and a financial strain that can be incurred by our department," Walsh said.

In previous years, the department has invoiced political campaigns for staff overtime costs after an event. But La Crosse never received payment for three events during the 2016 race: two held by President Donald Trump’s campaign and one by former U.S. House Speaker Paul Ryan and U.S. Sen. Ron Johnson. The three events total up to $10,129.18 in outstanding charges.

La Crosse isn't the only Wisconsin city bearing the cost of national political rallies. The Eau Claire Police Department confirmed they also have outstanding security charges from events held by Trump and former Democratic candidate Hillary Clinton. Those campaigns also have unpaid police bills in the city of Green Bay, according to the Milwaukee Journal Sentinel.

"We’re trying to, at this point, look forward," Walsh said. "We are really trying to encourage a dialogue with both (political) parties regarding this issue and we’re hoping that we actually hear from them so that we can all be on the same page prior to any of these campaigns coming to La Crosse next year."

Michael Smuksta is chair of the La Crosse County Democratic Party. He doesn’t think the new policy will deter candidates from coming to La Crosse.

"It taxes the city budget when you have to pay for all of this overtime and so on and it's taking funding away from something else," Smuksta said. "I think it's the responsibility of a major candidate who’s campaigning, for their campaign to cover these costs."

Smuksta said La Crosse police emailed local political party leadership in April to remind them of the department’s special event fees ahead of the 2020 election year.

Bill Feehan, chair of the La Crosse County Republican Party, agrees it's reasonable for the city to try to recuperate some costs of campaign rallies. But Feehan wonders how La Crosse police plan to enforce the new policy.

"If a candidate comes and let’s say they book the La Crosse Center and 30,000 people show up, are the police going to go and arrest the candidate? I mean, what's the enforcement provision to ensure that they’re going to get paid?" Feehan said.

When asked what would happen if a campaign doesn’t make a payment up front, Walsh said he didn’t "have an answer for that question."