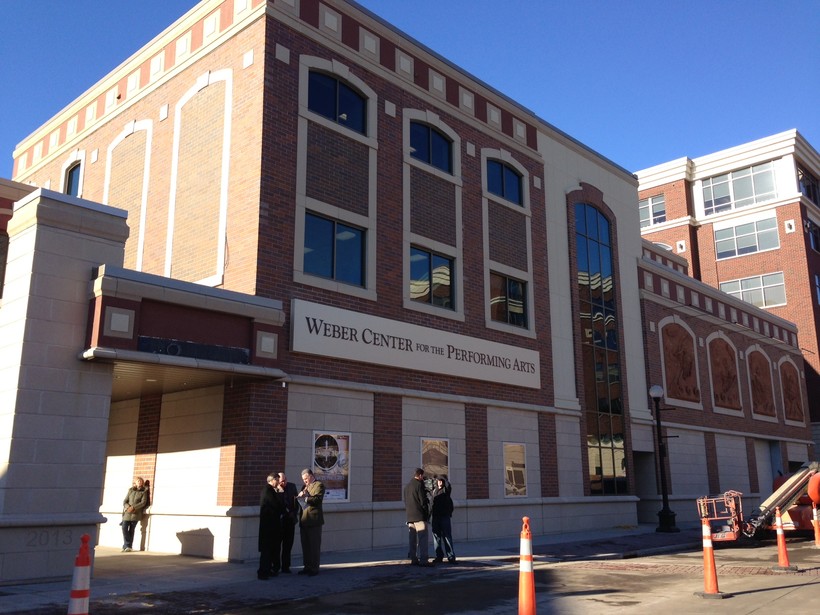 A new performing arts center is opening in La Crosse this week, which will serve as the center of a new arts district downtown. These kind of districts can be economic drivers for towns and cities.

The new Weber Center for the Performing Arts sits on the bank of the Mississippi River. The water is reflected in almost every inch of the theater's design, from the lobby's curving windows overlooking the river to the blue waves hanging from the ceiling.

Weber Center and La Crosse Community Theatre executive director David Kilpatrick says the theater's opening helps establish the city's new arts district. With existing venues, galleries, and restaurants, he says the area should draw more than locals. "There are people that will come from Winona, come from Rochester, Madison, the Dells, so actually from an economic standpoint, it really brings in - for lack of a better words - fresh money, new spenders and new people."

La Crosse will join the list of other arts and cultural districts in Wisconsin, like in Milwaukee, Racine, and Madison.

Wisconsin Arts Board Executive Director George Tzougros says as more cities designate these special districts, communities build within them and attract talent. "You signal to people, to creative people, that this community values what they value. So, if you're looking to start a small tech company, etc., you can look around and say, 'Ah, I bet there's some creatives here that we could access for our startup or to move our company to a particular place."

Tzougros says it's great to establish arts districts, as long as people don't forget about other artistic outlets in different parts of town.