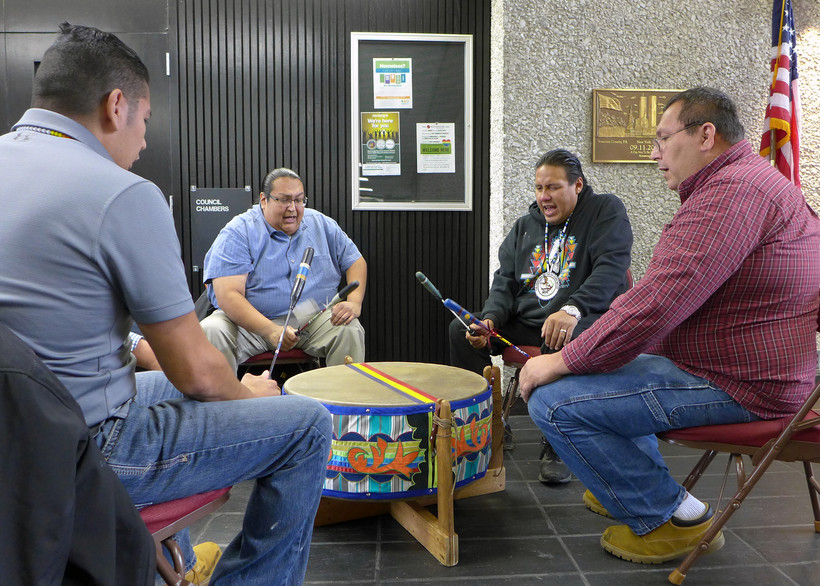 The city of La Crosse is the latest Wisconsin community to celebrate Indigenous Peoples Day.

"We are here today to set the record straight and to acknowledge the tremendous contributions from La Crosse’s first peoples," Kabat said during the ceremony. "We also pledge to move forward, celebrating our growing diversity as a community, taking the next steps to become a better and more compassionate place."

Later this week, the La Crosse Common Council will consider a resolution to continue recognizing Indigenous Peoples Day on the second Monday in October.

Superior, Madison and Milwaukee are among the Wisconsin cities that already celebrate America’s indigenous peoples instead of European explorer Christopher Columbus. School districts across the state, including Eau Claire, Janesville and Stevens Point, have also replaced the federal holiday.

"It's really a step forward for the (city of La Crosse) and a proud moment for indigenous people across the lands," said Wilfrid Cleveland, president of the Ho-Chunk Nation.

Cleveland said he hopes the proclamation in La Crosse will continue the momentum behind efforts to change the holiday statewide. A bipartisan bill that would have created Indigenous Peoples Day in Wisconsin failed to pass the Legislature earlier this year. But Cleveland said he expects the legislation to return in the next session.