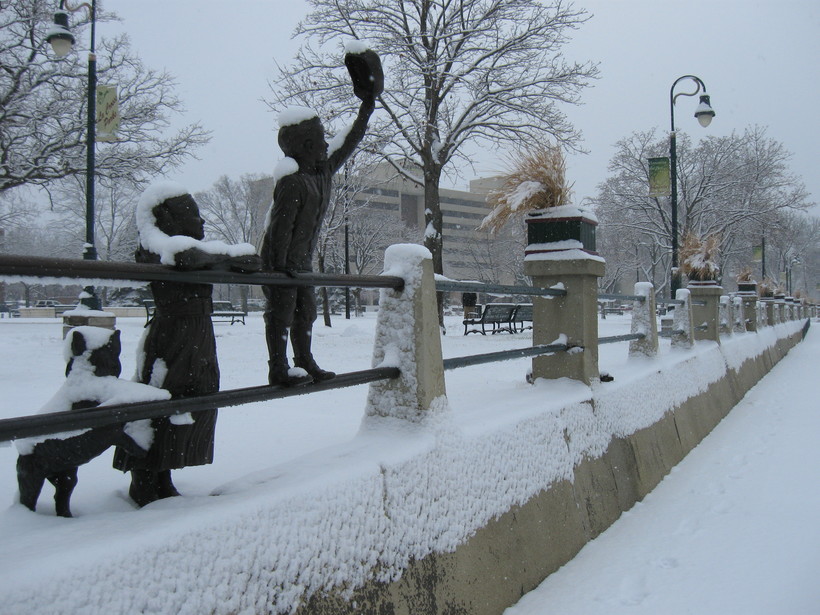 Mission Of Committee That Deals With Transportation Could Shift To Other Projects Too
By John Davis
Share:

Elected leaders in the La Crosse area are considering whether to broaden the work of a regional planning committee that has traditionally focused on transportation issues.

The La Crosse Area Planning Committee, or LAPC, is one of 14 metropolitan planning organizations around Wisconsin that play advisory roles in regional transportation planning.

The LAPC deals with roads, mass transit, bike and pedestrian routes and passenger rail issues. It is funded through the federal government and dues paid by local governments who have a seat at the table.

A recent staffing change at the LAPC — the retirement of the longtime executive director — has created the opportunity for elected leaders to explore planning beyond transportation — issues like regional sewer and water service, solid waste and recycling and bluffland protection.

"I think it has had a real positive influence to this point. There’s a lot of things that we do as a group that has been funded through the MPO. It gives us a chance to get in one room, all of us at one time and sit and talk about things," said Onalaska Mayor and LAPC chair Joe Chilsen.

"I think (the LAPC) needs to be a little bolder than just a straight staff position. Whoever gets this job needs to really pick up the ball and run with it and bring options to the LAPC," he said.

Elected officials point to the Coulee Vision 2050 that recently came out of the LAPC that presents a plan for the future of transportation and land use in the La Crosse area as how it works well.

Still, the existence and work of the LAPC failed to reach a consensus on the most contentious transportation issue that’s plagued the region for decades — the so-called north-south corridor proposal that would have added more road capacity through the city of La Crosse.

The Wisconsin Department of Transportation put the project on hold in 2017, partly due to a lack of money for the state’s future major highway projects.

"We did go through a process and we worked closely with the DOT. In some ways it was positive because we identified some additional ways to move people around and not necessarily talk about building a new road, but to look at our existing corridors," said La Crosse Mayor and LAPC member Tim Kabat.

"In the end, we didn’t quite get there, but even with that the process was still beneficial," he said.

Despite the mixed results on transportation planning, elected officials said it's worth expanding the opportunities for cooperation for La Crosse area governments.

"The citizens don’t realize the borders between their communities as much as the politicians do. The LAPC is a way for the politicians to start to realize we’re all in this together," said La Crosse County supervisor and LAPC supporter Mike Giese who favors an expanded role in regional planning for the MPO.

The city of La Crosse has been working to reach intergovernmental agreements with neighboring urban townships to provide increased services in exchange for more money. But Kabat said there’s still room to work on these issues as a group.

"The idea behind LAPC, of having this regional vision and to develop regional plans is absolutely critical," he said. "We do need that foresight and to try to anticipate trends and changes."

LAPC members will have to agree to the expanded mission before changes are made. They will also consider adding Houston and Winona counties in Minnesota to be part of the group.