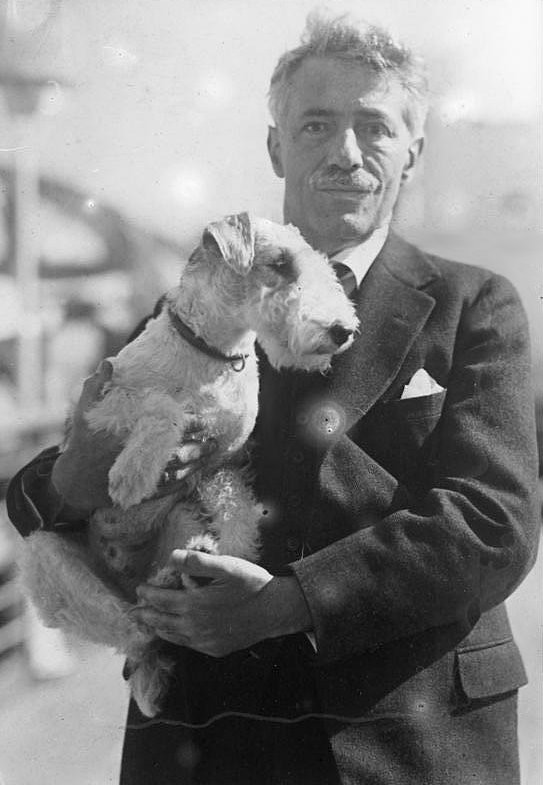 Fritz Kreisler is known for perpetrating one of the great hoaxes in music history--passing off his own compositions as the works of great masters.  But long before that scandal broke in 1935, Kreisler involved two major composers in a clever hoax.

Born on February 4th, 1875,  Kreisler was only seven when he entered the Vienna Academy in 1882.  He and his young fellow students may have been able to perform like adults, but they still had the sense of humor of boys. Kreisler's teacher for harmony and music theory was the great Anton Bruckner.  Bruckner was a strong supporter of the music of Wagner. The Wagnerites were at odds with staunch supporters of Brahms.  Kreisler and his friends decided to make a case against Wagner.

Bruckner had a chubby dog named Mops who stayed with the boys during the lunch hour while Bruckner took off for more serene surroundings.  The boys put Mops to work.  They made a habit of slapping and chasing the dog as they played music by Wagner.  Then they would play a theme from Bruckner's Te Deum, and while that music was in progress, they'd feed the dog.  After awhile they had Mops conditioned so that the mere sound of the Wagner would make him run from the room, while the Bruckner brought him trotting back joyfully.

One day when Bruckner returned from lunch the boys put their joke to the test.  "Master Bruckner," they said, "we know that you're devoted to Wagner, but we don't think he can even compare to you.  Why, even a dog would know that you're a greater composer than Wagner." Bruckner blushed. He repeated his praise of Wagner as the greatest contemporary composer.  But he was curious.  What did they mean in saying that a dog could tell the difference?

Out came Mops.  The boys played their Wagner.  Howling, the dog ran from the room.  Then they played their theme from Bruckner's Te Deum.  Back came Mops, wagging his tail and pawing expectantly at their sleeves.  Bruckner was convinced and visibly moved.

A young Fritz Kreisler and his friends had decided one of the great musical controversies of the 1880's--with the help of a dog named Mops.